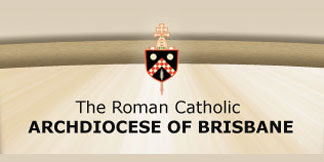 One of Brisbane’s largest Catholic churches will be built in the southwest following Brisbane City Council approval for the multimillion dollar development.

The 600-seat church will be constructed next year on Yallambee Rd.

The Catholic church will also double the capacity at its Darra church to 380 seats by adding an extension.

Parish finance committee chairman Pat O’Dwyer said the church would call for building tenders next month, with construction expected to be completed by the end of 2010.

“It’s quite a large church driven by population, he said. And it draws a lot (of people) from the Springfield direction. The Jindalee church will be a large church but not the largest in southern Queensland.”

Jindalee’s new church will be built alongside the Church of The Twelve Apostles hall. It will also accommodate a worship and parish office which will be relocated from Darra.

The parish and the Catholic Archdiocese of Brisbane will fund the project, which has already taken 10 years to develop.

“The parish finance committee in association with the parishioners have worked to ensure that the scope of the churches, the costs, and the associated financing are realistic and the parish can meet the future financial requirements,” Mr O’Dwyer said.