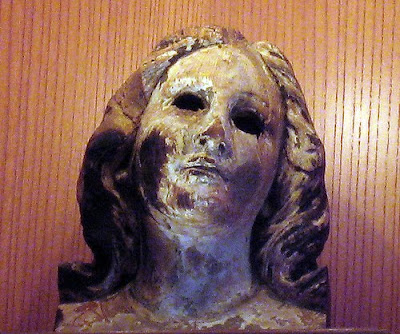 Nagasaki priests will take the “Bombed Mary,” a statue damaged in the atomic bombing of the city, on a pilgrimage to Guernica, Spain, and the Vatican next year, Archbishop Mitsuaki Takami has announced.

It will be the third overseas trip for the roughly 26-cm-high scorched wooden head of a Virgin Mary statue found in the ruins of Urakami Cathedral, about 500 meters from ground zero, following trips to the Vatican in 1985 and Belarus in 2000, The Japan Times reports.

During the tour from April 20 to May 1, the group will celebrate a Mass and a ceremony to commemorate victims of the 1937 carpet bombing of Guernica by German and Italian warplanes on behalf of Francisco Franco’s Nationalist forces and have an audience in the Vatican with Pope Benedict, Archbishop Takami said.