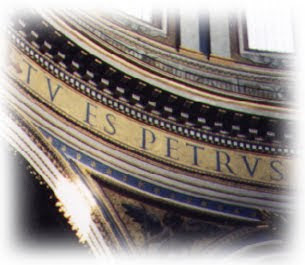 A row has broken out behind the Vatican walls over the "confusion" surrounding Pope Benedict XVI's opening to disaffected Anglicans, according to a papal biographer.

Andrea Tornielli, the biographer of several modern Popes including Pope Benedict, said that just over a week after its existence was revealed by the Vatican, the text of the Apostolic Constitution laying down the conditions for the creation of a new "Anglo-Catholic" section of the Church was still not ready for publication.

This was not because of translation problems but "something more serious", Mr Tornielli said.

There was still debate behind the scenes over priestly celibacy, the "most sensitive point for public opinion".

When asked last week about admission into the Catholic Church of married Anglican priests under the new rules, Cardinal William Levada, head of the Congregation for the Doctrine of the Faith, replied that requests would be judged "on a case by case basis".

It was left unclear however whether Anglican seminarians who were either married or who wished to get married before being ordained would also be admitted to the Catholic Church.

The final text of the Apostolic Constitution is likely to "eliminate this ambiguity" by making clear that all trainee priests will be required to be celibate if they wish to go over to Rome, Mr Tornielli said.

The row has been exacerbated by the decision to disclose Pope Benedict's approach to Anglican traditionalists before the final text was ready, thus risking another of the "diplomatic gaffes" that have occasionally marked his pontificate so far.

The Pope is understood to have wanted the announcement to be made only when the text was finalised, in order to avoid a public relations disaster like that which followed his rehabilitation in January of Richard Williamson, an excommunicated arch-conservative bishop, before he became aware that Bishop Williamson was a Holocaust denier.

However Cardinal Levada announced the Anglican move prematurely because he had just briefed Dr Rowan Williams, the Archbishop of Canterbury, and the Catholic Bishops of England of Wales — neither of whom were consulted — and was concerned that the news might leak out unofficially, Mr Tornielli wrote in Il Giornale.

Roman Catholic canon law states that clerics are obliged "to observe perfect and perpetual continence for the sake of the Kingdom of Heaven, and are therefore bound to celibacy, which is a special gift of God by which sacred ministers can adhere more easily to Christ with an undivided heart and dedicate themselves more freely to the service of God and humanity."

However this is a regulation rather than unalterable dogma, and deacons in the Catholic Church are already exempted from the rule. So too are priests in the Eastern Catholic Church, although they may not be ordained bishops.

The celibacy rule was not introduced until the Middle Ages. It is assumed that St Peter himself was married, since St Mark refers to Jesus curing St Peter's mother-in-law of fever.

Many early Church fathers were married, and in his first Letter to Timothy (3: 2-4), St Paul observes that a bishop "must be above reproach, the husband of one wife".

However early Church priests who were married had to remain widowers and abstain from sexual activity if their wife died.