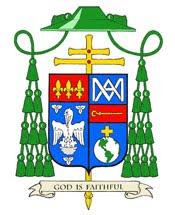 Ted Lausche, who was among the first of the former residents of two Catholic orphanages in New Orleans to file a lawsuit alleging abuse, said settlement of his and several other claims is a "small step" in getting the church to acknowledge wrongdoing.

The New Orleans Times Picayune reported that the Archdiocese of New Orleans and its charitable arm, Catholic Charities, agreed to pay $5.2 million to settle 20 lawsuits from adults who claimed that as children they were beaten, berated and sexually molested at group homes that were supposed to shelter them from their dysfunctional families.

"I hope these mediations and negotiations will bring some peace and reconciliation to those victims and all those involved," Archbishop Gregory Aymond said in announcing the settlements.

Lausche said he probably wouldn't see a cent of the settlement because he won't sign an agreement to not hold the Catholic Church liable for abuse.

"I'm not going to agree to anything that restricts my right to do anything to these people," he said. "There hasn't been any justice. My battle continues."

Lausche said some people who abused him haven't been brought to court, and he plans to pursue legal action against them.

Lausche, who has lived in Lake Geneva since the mid-1990s, said the settlements are enough for some victims, but not for him.

He wanted a public apology for the abuse he and many other children who suffered at the hands of nuns, priests and lay workers. And he wanted there to be a way for children to get help outside the church.

"None of that was accomplished in this lawsuit," Lausche said. "But at least it's gotten their attention."

Aymond, who took office as archbishop in August, seems to acknowledge something bad happened at the orphanages.

"From what I've read and heard, both institutions did a tremendous amount of good," he told the Times Picayune.

"But there were some people who were obviously ill, and they took advantage of their ministry and hurt people.