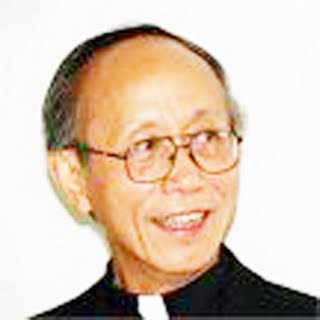 Reproductive health (RH) as an issue may not make or break a presidential campaign in next year’s elections, but it already cost the presidency for a high-ranking member of the Catholic Church.

Because of his liberal stance on reproductive health and engagement with the national government on the issue, Cagayan de Oro Archbishop Antonio Ledesma lost the presidency of the Catholic Bishops’ Conference of the Philippines (CBCP) to a more conservative bishop.

Elected in 2005, Ledesma was vice-president to the now outgoing CBCP President Jaro Archbishop Angel Lagdameo. It was both their first terms in office, and tradition dictated that they get to be elected for a second term. CBCP officials have a two-year tenure in office, or a total of four to include the second term.

Also, the vice-president succeeds the president by tradition. Although they are equals, to be elected as CBCP president is considered an honor and peer acknowledgment of one’s skills—personal and managerial.

Outside of the CBCP, the CBCP president is now considered as the most influential church official, with the possible exception of the cardinals in Manila and Cebu.

Election for a second term in the CBCP is only procedural, with the incumbents getting a fresh second term. But in 2007, the leaders of the Catholic Church, the bastion of conservatism and tradition, broke its own unwritten rule.

In a surprise vote, Ledesma was ousted as CBCP vice-president, and elected instead was Odchimar.

Two sources, who are privy to the bishops’ affairs, said one of the reasons for Ledesma’s loss was connected to his political views.

Ledesma was one of the few bishops critical of President Arroyo, and those sympathetic to her purportedly wanted to replace him as vice-president, realizing that he would assume the presidency after Lagdameo steps down.

Lagdameo himself is critical of Arroyo’s government, and his harsh statements on Arroyo's governance did not sit well with some bishops.

But the same sources also said that Ledesma’s open-minded view on reproductive health contributed to his downfall.

Asked to confirm if his position on reproductive health cost him the CBCP post, Ledesma said, “that’s possible.”

He refused, however, to categorically confirm the observation, saying “you have to ask the other bishops on that.”

Ledesma is one of the few Catholic bishops actively engaged in promoting family planning the natural way.

He is an ardent supporter of the modern and scientific natural family planning (NFP) methods, specifically the Standard Days Method (SDM). The SDM, like the rhythm method, is based on the women’s menstrual cycle. However, instead of calendar or charting, cycle beads are used to determine a woman’s fertility.

In Ipil prelature in Zamboanga del Sur where he was previously assigned, the NFP project he started there was so successful that it was expanded to other scientifically approved NFP methods.

When he was appointed archbishop of Cagayan de Oro, Ledesma brought his NFP advocacy there. He collaborated with the local governments in promoting NFP instead of artificial methods.

It was then that rumblings began.

On Oct. 24, 2006, Health Secretary Francisco Duque III and Population Commission (Popcom) executive director Tomas Osias met with Lagdameo, Ledesma, and Archbishop Paciano Aniceto, who chairs the CBCP Episcopal Commission on Family and Life, to seek the engagement of the Church in the Responsible Parenting Movement, which would supposedly only promote NFP.

This was followed by another meeting in November with the CBCP permanent council. The proposal for Church-government collaboration, however, was put on hold and was set to be discussed first in the CBCP plenary in January 2007.

Before the CBCP could make a collective stance, Ledesma already sought to have a partnership with the government for the joint promotion of NFP. In his diocese in Cagayan de Oro, he pushed the laity and Catholic groups there to partner with the Department of Health (DOH) and Popcom offices in promoting NFP.

In making available all modern NFP methods as against traditional NFP methods, Ledesma argued in one letter that “we are for enabling couples to make an informed and responsible choice, based on the formation of a right conscience.”

This invited the critical eye of the conservatives within the Church and the laity.

Report to the Vatican

Representatives of the Family and Life Apostolate in Mindanao, in a letter sent to Cardinal Alfonso Lopez Trujillo, chair of the Pontifical Commission on Family, raised the issue of Ledesma’s active promotion of SDM. It questioned his advocacy and his collaboration with the DOH and Popcom.

Fr. Melvin Castro, executive secretary of the CBCP Episcopal Commission on Family and Life, told abs-cbnnews.com/Newsbreak that dioceses and the laity are discouraged from collaborating with government on reproductive health in any manner because it could put the Church in an uncomfortable position.

In the case of NFP, Castro said they have gathered reports that in the promotion of SDM, “artificial methods are being introduced as a back up plan in case it fails.” Another high-ranking bishop confirmed that in his diocese, “while the initial agreement was to promote NFP methods only, artificial methods are being introduced when no one is looking.”

Castro said that “while we love Archbishop Ledesma and respect him, he has a different position when it comes to reproductive health.”

In his reply to the Vatican complaint, Ledesma said the SDM is not only scientifically proven but also is attuned with Catholic teachings. As for his collaboration with the DOH and Popcom, he argued that the agreement promotes NFP exclusively and not in combination with artificial methods.

Ledesma argued that the Church has three options: 1) to continue to criticize and remain suspicious of government; 2) to work separately from government on NFP promotion; or, 3) to critically collaborate with government.

“We have actually tried the first two approaches—with minimal results. Trying out the third approach may incur some risk of failure and misuse, but perhaps the greater risk is not to try at all,” he said.

A few months after he agreed to collaborate with the government on reproductive health, the collegial body of bishops held its bi-annual elections, and it resulted in the stunning ouster of Ledesma as CBCP vice president.

A bishop, who asked not be named, said there were a number of conservative colleagues who find Ledesma’s reproductive stance objectionable, and were thus wary of putting him in line for the CBCP presidency.

“There were also reports that he gets funding from international organizations that promote population control, “ the bishop said.