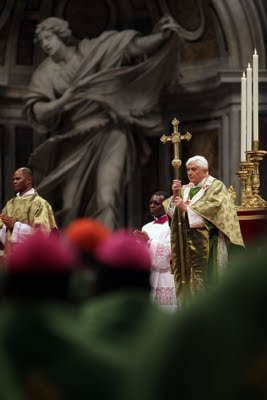 Archbishop Nikola Eterovic, Secretary-General of the Synod of Bishops, revealed the names of the council members of which, 12 were elected by the Assembly for Africa of the synod, while His Holiness Pope Benedict XVI appointed three.

2. Cardinal Francis Arinze, retired prefect of the Congregation for Divine Worship and the Sacraments;

4. Cardinal Theodore-Adrien Sarr, archbishop of Dakar, Senegal, first vice president of the Symposium of Episcopal Conferences of Africa and Madagascar;

8. Archbishop Simon Ntamwana of Gitega, Burundi, president of the Association of Episcopal Conferences for Central Africa;