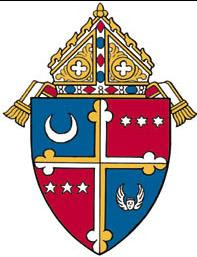 The Washington Archdiocese said in written testimony Oct. 26 that it opposes legislation to allow same-sex marriages to be performed in the District of Columbia and is concerned the bill "would restrict the free exercise of religious beliefs if it is passed as drafted."

The archdiocese said it "opposes this legislation and any effort to redefine marriage as other than that between a man and a woman."

"Besides overturning the definition of marriage," it said, the bill has no exemptions for churches and faith-based organizations that oppose gay marriage for religious reasons but provide services to the general public or rent space to individuals or groups outside their faith.

Citing the Knights of Columbus and religiously-owned nonprofits such as Catholic Charities as examples, it said that under the measure they would be forced to offer their facilities and services to same-sex couples or face a lawsuit.

The archdiocese's testimony was presented during a hearing of the district's Committee on Public Safety and the Judiciary.

Hundreds of district residents spoke out on both sides of the issue.

A coalition of groups has filed a request with the district's Board of Elections and Ethics that there be an initiative on the ballot next year to define marriage as being between a man and a woman.

Last spring, the City Council passed a bill requiring the district to recognize same-sex marriages from other jurisdictions. Despite opposition from city residents and many clergy, the council passed the measure without input from residents.

The council is expected to vote by the end of the year on whether to allow gay marriages to be performed in the district. The measure also would have to be approved by Congress, which has 30 days to review City Council legislation before it becomes law.

In addition, it said, doctors, social workers and child-care workers opposed to gay marriage could have their licenses revoked, employers could be sued for not providing same-sex benefits to employees, and religious colleges could have their accreditation revoked.

Ed Orzechowski, president and CEO of Catholic Charities of the Washington Archdiocese, said in a statement that if the bill becomes law the work of his agency will be in jeopardy.

"Every year, Catholic Charities provides shelter, food, counseling, medical and legal assistance, and more to 68,000 people in the District of Columbia regardless of their faith," he said.

"If the council passes this bill as written," he said, "these programs are at risk along with nearly 100 different parish social ministry programs, all of the other ministries operated by the Catholic Church, and even meeting space for groups such as Alcoholics Anonymous, Scouts and neighborhood organizations who partner with churches."
+++++++++++++++++++++++++++++++++++++++++++++
Disclaimer