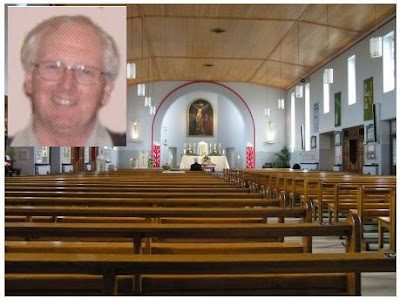 As things are so tight in the Diocese might we suggest most definitely NOT GOING AHEAD with the renovations INSIDE Our Lady Queen of Peace Church in Bray which have been approved by Archbishop's House at the request of the Parish Priest Fr. Larry White.

The ordinary Parishioners were NOT asked to vote on it or to give their views or were even consulted.

The MAJORITY of the Parishioners are calling what is going to be done to the Altar area a DESECRATION of the beautiful Altar that is already there. They and their families raised the money to build this Church back in 1946 and like the inside as it is.