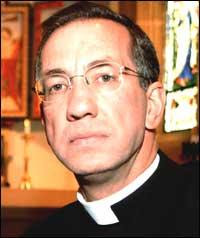 Philadelphia's Anglican Church of the Good Shepherd may be among the first US churches to join the Catholic Church but it will not happen quickly, pastor Fr David Moyer says.

"I was overwhelmed with joy and thanksgiving," Fr Moyer told the National Post, referring to Pope Benedict's proposal to welcome Anglicans. "I'm still in a state of shock."

"It has excited the majority of people here and now they see a secure future," he said. "But there are others here who are saying, 'Oh my God, I don't want to be a Roman Catholic.' Some find the idea frightening and repulsive."

Fr Moyer, an Anglican priest for more than 30 years, was defrocked when he refused to allow liberal bishops to make an official visit to his parish. He said the Archbishop of Canterbury reinstated him but the diocese still considers him deposed.

"The Anglican world is living with diametrically opposed theologies and world views in the same tent. The Anglican experiment is over. I don't believe there is an Anglican Communion. There can't be a communion unless you have common faith and practice."

In 2005 he decided to stretch the patience of his superiors further when he was ordained a bishop in the Traditional Anglican Communion, a group of schismatic Anglicans who quit the Church in the 1970s over the ordination of women and who have more in common with Rome than Canterbury.

Two years ago, he and 38 other conservative bishops signed a petition asking Rome to create a process to bring dissident Anglican churches into the Catholic Church.