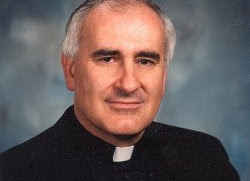 A September ruling by federal bankruptcy judge Donald McDonald removed Continental Insurance Co. from participating in the settlement and prompted the revised plan that would provide victims and creditors approximately $11 million.

The diocese proposes to raise the money by selling essential “ministry properties” such as the chancery, Catholic Schools of Fairbanks and the Kobuk Center/Residence to the diocese’s endowment fund in exchange for $7.5 million.

The endowment consists of restricted money received from donors and earnings, and is estimated to be worth about $14 million, said Robert Hannon, diocesan chancellor. It is not included in the reorganization plan.

An additional half-million dollars would be provided by the 46 participating parishes of the sprawling missionary diocese, which extends north of the Alaska Range to the Arctic Ocean.

Other diocesan properties, including Pilgrim Hot Springs, would be sold to the public, providing several million dollars that would be combined with about $1 million from other insurers, said Kasey Nye, a Tucson attorney representing the diocese.

The Catholic Bishop of Northern Alaska, Donald Kettler, said in a written statement that the new plan is an effort to compensate claimants and “to bring resolution and healing to victims.”

“We also seek to sustain vital ministries that bring comfort to villages and communities all across our diocese. I believe this revised plan allows us to do both of those things,” he said.

Ronnie Rosenberg, litigation coordinator for the diocese, calls the revised plan “a creative juggling and balancing act to get actual cash on the table and pay people.”

“We could litigate this for years and it would dissipate any financial resource for the victims,” Rosenberg said.

“This (bankruptcy) is not the kind of lawsuit you win or lose for anybody, it is more about coming up with a plan that provides justice and enables things to progress into the future.”

The most recent revision differs from a plan filed in April 2009 that offered claimants $8.6 million in cash, to be raised by mortgaging or selling church properties, fundraising and donor appeals. At the time, it was estimated that insurance would pay more than $20 million.

The nationwide financial downturn and the September court ruling eliminating Continental Insurance for lack of coverage evidence entered into the diocese’s revised plan.

Skeptics might find the plan self-serving since the diocese essentially is buying some of its own properties with endowment funds to keep them from being sold publicly.

“We’ve researched this. We believe it is legal,” Nye said.

“We feel this is in the best interest of creditors, the diocese and parishes as well. This plan really represents a heartfelt attempt and our very best efforts to achieve a finality and lasting settlement.”

If a settlement is reached, Nye said, abuse victims also have the opportunity to file future claims from two other insurance companies for compensation of abuse.