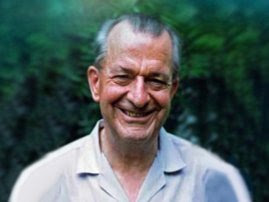 KIDNAPPED Irish priest Michael Sinnott is in critical condition due to malnutrition and lack of medicine for his heart condition.

Although police and military intelligence sources yesterday confirmed that Fr Sinnott is still alive, local officials and the Moro Islamic Liberation Front said he is suffering from malnutrition and dysentery.

Fr Sinnott had been recuperating from open-heart surgery when unidentified men snatched him from his home at the Missionary Society of Saint Columban compound in Pagadian City on October 11.

Sources also revealed he and his captors were constantly moving around the jungle area on the boundaries of the two Lanao provinces in evading police and government troops.

The gunmen who kidnapped Fr Sinnott have opened up negotiations for his release, as the military say they are poised to mount a mission to rescue the ailing cleric.

Fr Gilbert Hingone, a spokesperson for the Pagadian City diocese in which he worked, said the kidnappers have "opened the door for negotiations" for his release but "little progress" has been made so far. "The negotiation is somehow starting to progress," he said.

"There’s no mention of cash demands. We hope that in the next three days, negotiations will progress and Fr Sinnott would be freed."

The Pagadian City diocese has sent medicine for Fr Sinnott through an emissary, but it has not yet received information about whether the package was received. Fr Hingone declined to identify the kidnappers, who allegedly have ties with a notorious pirate.

In the meantime, troops have sealed off an area in Mindanao and were poised to launch a rescue mission for Fr Sinnott, a military spokesman said.

"We have a general area where we believe Fr Sinnott was brought by his kidnappers. We have cordoned off that general area. We have checkpoints in possible routes of withdrawal and we have naval interdiction patrols to prevent them from escaping through high seas," Lt Col Romeo Brawner Jr said.

He said the military was just waiting for a go signal from the local crisis management committee.

"We have eye witnesses. We also have information from our signal intelligence and there’s a big possibility that they are in the general area," he added.

Last Friday, the Pagadian City government offered cash rewards of €4,000 for information that would lead to Fr Sinnott’s safe release.