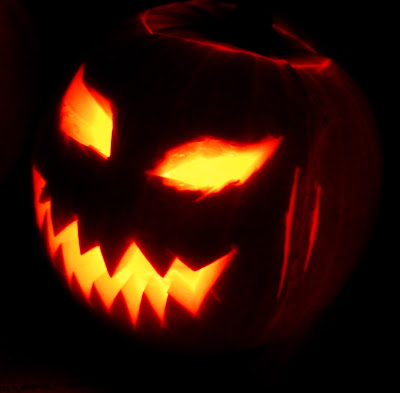 Father Canals, a member of a Spanish commission on church rites, urged parents ''to be aware of this and try to direct the meaning of the feast towards wholesomeness and beauty rather than terror, fear and death''.

L'Osservatore praised a Spanish community's decision to hold a prayer vigil on Saturday night and the Paris archdiocese's idea of having kids play a lucky dip dubbed 'Holywins' instead.

These and similar initiatives in South America ''allow Catholic communities to have an alternative to the feast, to bear witness to their faith and Christian hope in the face of death''.

The Catholic Church in Italy has taken a dim view of Halloween's growing popularity for years.

Last year, the bishops daily Avvenire appealed for a full-blown boycott, describing Halloween as a ''dangerous celebration of horror and the macabre''.

Warning parents of the dangers of children coming into contact with strangers during trick or treating, Anti-Occult Sect Service head Aldo Bonaiuto said the event ''promotes the culture of death'' and could spur ''pitiless (Satanic) sects without scruples''.

He also argued that the spooky festival sets a bad example for young children.

''Halloween pushes new generations towards a mentality of esoteric magic and it attacks sacred and spiritual values through a devious initiation to the art and images of the occult,'' he said.

''At best, it gives a big helping hand to consumerism and materialism,'' he added.

Halloween is not a traditional date on the Italian calendar but has been growing in popularity in recent years, with trick-or-treating becoming more common.

More than a million pumpkins are sold over the holiday while fancy-dress shops whose traditional bonanza came at Carnival time in February now make a killing in masks, costumes and accessories.

However, there is a small town in the southeastern region of Puglia, Orsara di Puglia, which has been celebrating Halloween for the past 1,000 years.

According to local historians, the only real difference between the American tradition and the town's version of Halloween is the date.

Halloween, a secular take on All Hallows Eve, the night before All Saints Day, is traditionally celebrated on the night of October 31, but in Orsara di Puglia the pumpkins come out on the evening between November 1 (All Saints Day) and Nov 2 (All Souls Day).

Hollowed-out and candle-lit pumpkins are placed outside homes on the evening of All Saints Day to keep away evil spirits and witches.

Townsfolks also light huge bonfires in the streets so as to illuminate the path of souls on their way to Purgatory.