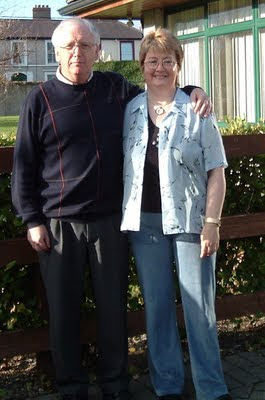 The Settlement below was read out and filed in Circuit Court at Bray County Wicklow on May 11, 2010 "Circuit Court Wicklow. 11th May 2010.


The parties to the within proceedings have agreed to amicably resolve their differences.
Both parties accept that there was a breakdown in their employment relationship regrettable to both parties, which resulted in the dismissal of the employee's employment which was regrettable to both parties.
Both parties regret the pain and hurt caused to the other by this dispute.
Fr. White wishes Mrs. O'Hehir alll the best for the future employment in Cork and confirms she was a valued member of staff while employed by the Parish.
The parties agree that the within dispute is concluded and at an end."
IT SHOULD BE NOTED THAT MRS. O'HEHIR RECEIVED NO MONETARY COMPENSATION FROM FR. WHITE OR THE CHURCH.