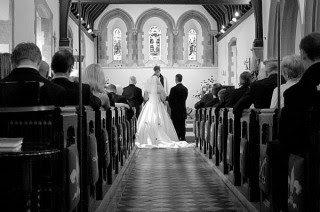 Forty-four-year-old Father Alessandro Santoro, a priest in Florence, is getting an unsolicited vacation!

It wouldn't have anything to do with his performing a transgender marriage, would it?

Despite criticism from the Catholic Church, Santoro performed the ceremony between Fortunato Talotta, a 58-year-old biological male, and Sandra Alvino, a 64-year-old MTF woman who transitioned some 30 years ago.

Now his boss — Florence Archbishop Giuseppe Betori, who called the wedding "devoid of value because of the absence of the necessary components of a religious marriage" — has invited Santoro to take some time off to … reflect.

Reflect on binding two people in love and matrimony? Yeah.