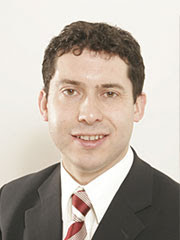 Independent NUI Senator Rónán Mullen may well have grounds for a legal action over a Sunday newspaper article that claimed wrongly that Mr Mullen had ''close contact with the far right in both Italy and Germany''.

In an opinion piece in The Sunday Independent at the weekend, controversial columnist Emer O'Kelly appeared to confuse Mr Mullen with former Youth Defence spokesman Justin Barrett when she said that Mr Mullen ''previously headed the 'No to Nice' campaign''.

It is understood by The Irish Catholic that Mr Mullen, in fact, never had an involvement with the 'No to Nice' campaign.

In her article, critical of the Seanad, Ms O'Kelly also alleged that Mr Mullen had contacts with the Italian far-right movement Forza Nuova. Mr Mullen has never had any contact with this neo-fascist party The Irish Catholic has learnt.

However, it appears Ms O'Kelly has again confused Mr Mullen with Mr Barrett, who, it is alleged did in fact have an involvement with both Forza Nuova and the far-right faction National Democratic Party of Germany.

During the course of the second referendum on the Treaty of Nice Mr Barrett was forced into the embarrassing admission that he had attended and spoke at conferences organised by the National Democratic Party, but said he was only attending the meetings in his capacity as a member of the pro-life movement.

According to sources close to Mr Mullen, the allegations could prove extremely damaging to him, a barrister and former press officer to Cardinal Desmond Connell,

Ms O'Kelly is an outspoken critic of the Catholic Church and has frequently condemned, among other things, State funding of Catholic schools.

When contacted by The Irish Catholic this week Senator Mullen refused to be drawn on the issue insisting that he had ''no comment to make on the issue at this point''.

Shortly after Mr Mullen's election to the Senate in 2007, The Irish Times was forced to admit it had made an error by reporting that Mr Barrett had been among Mr Mullen's supporters.

At the time, Mr Mullen's campaign manager, Andrew O'Connell had pointed out that ''Mr Barrett was never part of our campaign and to our almost certain knowledge he was not present at the count''.