Philippines priest had US ‘criminal history’ 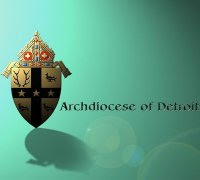 Detroit Archdiocese officials say that they have informed the Catholic Church in the Philippines of the conviction for sexual abuse of a former US seminarian later ordained for the diocese of Tagbilaran.

Ned McGrath, Director of Communications for the Archdiocese of Detroit, said in a statement that the Archdiocese only became recently aware of the ordination of Joseph Skelton Jr. as a priest in Tagbilaran, the Manila Standard reports.

He said they were not consulted prior to the ordination but “the Detroit archdiocese has since contacted the bishop of Taglibaran, to whom Skelton reports, regarding the priest’s criminal history in Michigan.”

The Survivors Network of those Abused by Priests, in a statement published by several Detroit-area newspapers, said people should have been warned that Skelton had once studied at a Catholic seminary in Plymouth, and pleaded guilty to sexually abusing a 15-year-old boy in his seminary room. He had resigned from the seminary in 1988.

“And this month, a settlement was reached involving allegations that Skelton was involved in the abuse of a 14-year-old boy in Washington, D.C., in 1984, according to attorneys Jessica Arbour and Adam Horowitz,” the Detroit Times reported.

SNAP president Barbara Blaine told newspapers that a letter sent in 2003 warning of Skelton’s history was not enough and that Church officials should do much more. “Kids are safer and the Church is healthier when the truth is exposed.”

But the Detroit archdiocese said in a statement that Skelton had been dismissed from the St. John Provincial Seminary after being accused of sexual misconduct.

The Philippine Bishops need to ACT on this. I'm sure Fr. Skelton may have done great things in his work there, but he shouldn't be left in public ministry dealing with kids. They've supposedly known there since 2003. It would have been FAR WISER to quietly retire him from public duty long before now.

The US Bishops made this exact mistake dealing with priests in years past. They hoped if they prayed hard enough, maybe the priest had changed and wouldn't do it again. Much of the time, the priests re-offended doing terrible damage to the credibility of the Church.