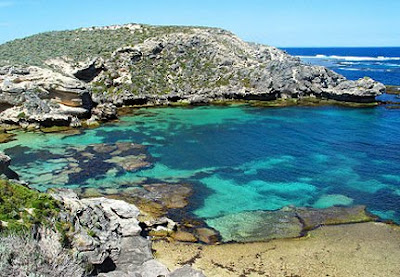 An Irish priest has been honoured for his half century of service to his 200 strong flock on an Australian island.

Msgr Sean O'Shea (82) from Kilkee in County Clare arrived in Australia in 1955 as a missionary priest and just four years later took up a post on Rottnest Island (pictured) off the west Coast of Australia.

Today he is one of the most famous people on the island located just 19km from Freemantle on the mainland.

As well as saying mass he also acts as a tour guide.

To mark his staunch half century of committed service he was this week presented with the third annual Des Sullivan medal by the Rottnest island Authority for his outstanding contribution to the local community.

Speaking at the event Msgr O'Shea, who is chaplain of the Church of the Holy Trinity, described Rottnest as “one of the most special places in the world.”

He added, “I said I would accept the medal because it might help give the island some publicity.”

The medal was introduced in 2006 to commemorate former island manager Des Sullivan, who transformed Rottnest into a tourist destination. Sullivan, who had strong County Cork links, was formerly a World War II Lancaster bomber airman.

His appointment as island manager in 1959 transformed the once backward island and until his retirement in 1984 he pushed for the construction of cottages and shops on Rottnest Island, pointing out the absurdity of tourists being housed exclusively at Thomson Bay.

Rottnest now attracts 500,000 tourists a year and is famed for its quokkas, small kangaroo like marsupials that thrive on the secluded island which is only 11km long and 4.5km in width at its widest.

She said Monsignor O’Shea was a deserving recipient of the medal, which recognised an outstanding contribution to the economic, social or environmental sustainability of Rottnest Island.

“Monsignor O’Shea has officiated over daily masses at the Church of Holy Trinity since he first moved to the island nearly 50 years ago,” she said.

“He’s an important part of the Rottnest community, with his humour and hospitality well known among those who frequently visit the island.”

During his 50 years at Rottnest, the Monsignor has a developed a wealth of knowledge about the Island and its history.

He has become a much-loved resident of the island, often helping tourists find the best place to spot a quokka or offering directions to many of Rottnest’s attractions.