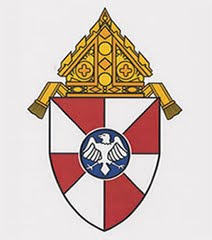 Milwaukee is still waiting on a decision from the Vatican on who the new archbishop will be, but it's clear that the task ahead will not be easy for him.

Many of the challenges that new Archbishop will face revolve around the church sex abuse scandal.

The crisis has led to a crisis of faith among some followers and a financial crisis for the church.

"He'll lead us through what will obviously be some more pain regarding the tragedy of sex abuse by priests. He'll be the public face of the church. He'll be the one answering questions, comforting families, and working with victims," said the Rev. Steven Avella of Marquette University.

"Judge Cooper called this an open sore on the faith community. It has to be dealt with," said victim advocate Peter Isely.

Isely said that he's hopeful that a new archbishop will stay for a long time and really dig into the problems.

"The most important thing I feel or we feel is it's finally going to be somebody who's going to directly address and solve this problem of sex abusive clergy," Isely said.

The financial problems associated with these alleged sex abuse lawsuits have already forced the Archdiocese to put its headquarters up for sale. About three years ago, former Milwaukee Archbishop Timothy Dolan warned that bankruptcy could lie ahead.

There are indications that the new archbishop will be named in the next two weeks, before the Conference of Catholic Bishops meeting in Baltimore.