Is the Catholic Church entering into exile? 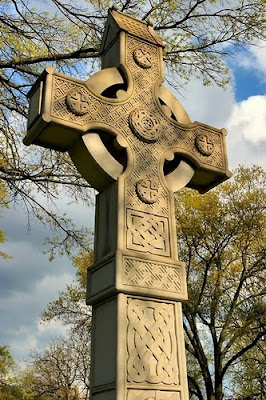 THIS YEAR the Roman Catholic Archdiocese of Dublin is celebrating a year of evangelisation.

The project’s website notes that “evangelisation is . . . an essential mission of the church”.

Necessary, courageous, no doubt, but, one might well ask the question, “why now?”

A friend told me, several years ago, of a conversation he had with a prominent Irish bishop whose diocese had the first exposure of an abuse scandal.

“With this, what time do you think I have left for evangelisation?” asked the forlorn pastor. But worse was to come.

In recent times, it can be argued, the Catholic Church in Ireland has reached the nadir of its long history on this island.

This institution is paying the price for its past success and for the kind of clerical dominance that almost inevitably leads to arrogance and the abuse of power.

Is it entering a land of exile?

The Ryan report was horrendous. The damage done to the victims was incalculable, the effect on the morale and reputation of the church, and, I would suggest, much of the country, devastating.

“How did we come to this?” we ask. It reflected not only on the church but also on the whole of Irish society. This will be followed up by the report on clerical sexual abuse in the archdiocese of Dublin.

In the days following publication of the Ryan report, I was travelling on a train from Dublin to Tralee. Sitting opposite me were two elderly ladies, one going to visit her family, while the other was eventually joined by her sister, a retired religious in civil attire.

The conversation turned almost inevitably to Ryan. The two lay persons, both of whom had sisters who were religious, reacted largely as one might have expected from people of this generation and class.

There was a kind of uncomprehending anger towards the victims of abuse expressed in the most negative terms; a defence of the church, and those representing it; as well as an anger that was diffuse and directed at everybody and nobody, including the church. Above all there was a sense of confusion and loss.

These women, like many people today, struggled with the fact that the ecclesiastical institution, in grave difficulty, often reviled, had let them down.

While we have come to assume that young people have lost faith, this is not, of course, always the case. They continue their search for truth and for God.

A bond of trust has been so severely damaged that it is not clear whether it can ever be restored. While priests often receive generous support, they often sense distrust, even among their own family and friends.

And yet, this is the situation within which the church must carry out its mission.

If we speak of contextual theology, a locus theologicus, it is within this context of vulnerability and weakness that we must start today.