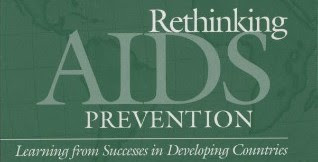 The director of Harvard's AIDS Prevention Research Project, Edward Green, has told a Rome conference that Benedict's position on AIDS and condoms is correct.

Green stated this in an address at the 30th annual Meeting for Friendship Among Peoples in Rimini, sponsored by the lay movement, Communion and Liberation, ZENIT reports.

Green, an expert on AIDS prevention, said that "as a scientist he was amazed to see the closeness between what the Pope said last March in Cameroon and the results of the most recent scientific discoveries."

"The condom does not prevent AIDS. Only responsible sexual behavior can address the pandemic," he said.

"When Benedict XVI said that different sexual behavior should be adopted in Africa, because to put trust in condoms does not serve to fight against AIDS, the international press was scandalized."

"To propose the regular use of the condom as prevention in Africa could have the opposite effect."

He explained the phenomenon of human behavior called "risk compensation," whereby a person "feels protected and thus exposes himself more."

The researcher and medical anthropologist asked: "Why has an attempt not been made to change people's customs?"

"The world industry has taken many years to understand that measures of a technical and medical character are of no use to solve the problem," he added.

Green highlighted the successful policies that have been implemented in Uganda to battle AIDS, programs based in the "ABC" strategy: "Abstain, Be faithful, and, as a last resource, use a Condom."