New Jersey Catholic Church: Gays Are A Threat To The Public Good 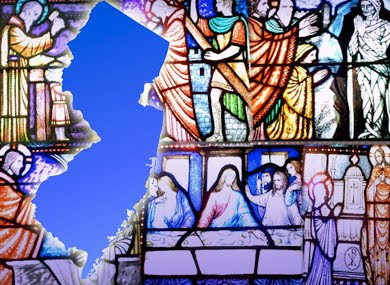 Catholic bishops in New Jersey launched an energized effort to defeat marriage equality momentum over the weekend, reports The Star-Ledger , issuing a letter and other materials in churches statewide that called for marriage to remain strictly a heterosexual institution.

"We must protect and promote marriage," said "The Call to Marriage," as reported by The Star-Ledger.

"God himself is the author of marriage. Marriage as union of man and woman existed long before any nation, religion, or law was established ... Governments, therefore, have a duty to reinforce and protect this permanent institution and to pass it on to future generations, rather than attempt to redefine it arbitrarily for transitory political or social reasons."

The bishops also plan a petition drive to state legislators to be held on Sundays in September, reports a Catholic news source from the Diocese of Metuchen.

Marriage equality is widely expected to come up for a vote in the lame-duck legislative session between the November election and the January swearing-in of the new legislature.

As the result of a 2006 state supreme court ruling, which was left to the legislature to implement, same-sex couples in New Jersey currently are entitled to civil unions, which were intended to provide all the same benefits as marriage.

And again, oh well, I wasn't aware that civilization was in danger because of "gays" and the possibilty of them being married.

I have yet to be told just how they present a danger to society if the are granted the privlage of being married. How will their marriage destroy "traditional marriage" since it has already been lessened by divorce, 40%-50% all end this way?

This is a matter of civil rights. It is not a religious issue. All marriages are regulated by civil law. It is seen as a binding contract in civil law not a sacrament.

Over the years in my minnstry as a priest I have known situations of gays that married and had children only to seek a way out of the marriage because of their innate sexual orientation.

Society is at the moment of change that will allow people to be who God created them to be without recrimination and prejudice.