Vandals will not deter grotto restoration 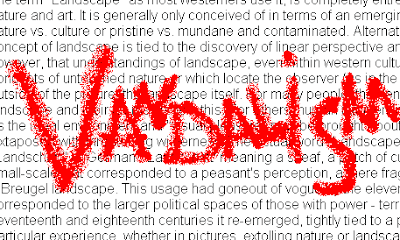 A voluntary group dedicated to restoring a shrine in Omeath, Co. Louth has said it will not be deterred by an incident in which vandals ripped up the foundations for a new garden at the shrine.

The ‘Friends of Calvary’ have been progressing the restoration project at the site, known locally as Calvary, for the past year.

But late last month, the vandals struck over a weekend and ripped out concrete posts that had just been laid.

The chairman of Friends of Calvary, Mr Peter Mallon, said that the incident was a setback for the group’s plans but he stressed that it will not deter them from continuing and completing the project.

"We took over restoration work at Calvary and had the area tarmacadamed last year," he said.

"We have also been working on a railway line at the bottom of the site which is going to be called the Fr Gentile Garden and we had recently installed concrete posts for a fence, Mr Mallon continued. They were all concreted in and somebody came and pulled most of them; they all have to be redone now.”

“This is a setback for the group but we will push on with our project -we won't let those responsible stop the project."

In a separate incident, vandals broke a statue of the Virgin Mary in the grounds of St Laurence's Church in nearby Omeath.

The area where the grotto is being restored is part of the derelict grounds of a large house that was originally built by a Newry solicitor as a country home. It also contains a tree-shaded graveyard at the centre of which is a granite sarcophagus, which is the final resting place of a Father Aloysius (Luigi) Gentile, who died in 1848.