French turn their backs on the Church 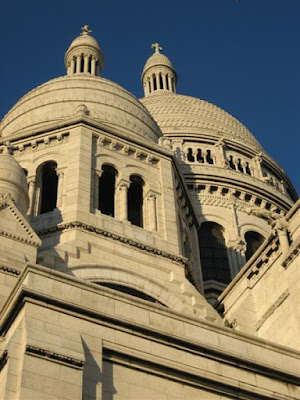 The number of weekly Massgoers in France has dropped steeply from 20 per cent in 1972 to 4.5 per cent today.

This was the most striking finding of a survey carried out by the IFOP polling organisation between 2005 and 2009 for the daily Le Monde earlier this month.

The survey also indicated that the typical French Catholic is female, over 50, and politically right-wing.

The figures confirm the steady decline of Catholicism in France - even though it remains the dominant religion (64 per cent of the population describe themselves as Catholic, as opposed to 87 per cent in 1972).

They confirm also the ageing of the Catholic population, half of whom are over 50 years of age, while only 23 per cent is under 35.

Islam, in particular, is growing - it now has more than five million adherents - and if many Muslims do not practise regularly, 70 per cent declare that they observe the Ramadan fast.

Two of the factors in the erosion of Catholicism are demographic and sociological: 65 per cent of weekly churchgoers are over 50 years of age and women are in the majority. A quarter of Catholics are retired but this figure jumps to 46 per cent of Massgoers.

Geographically, the map of Catholic France has also suffered from the decline. The main bastions of the Church's influence still exist in the east, in the west, to the south of the Massif Central and in the Pyrénées-Atlantiques.

But even there religious practice is down and vocations are plummeting. Brittany itself, traditionally a Catholic stronghold, is becoming gradually secularised. In the Paris region, on the other hand, where the Church was largely absent, religious practice is growing in the more affluent areas, such as the Yvelines and the Hauts-de-Seine.

In the capital, the Church is increasingly visible with its Good Friday procession and Stations of the Cross on Montmartre and, this year, a procession on the Seine to celebrate the Assumption.

"As the Catholic electorate ages, it moves further to the right," comments IFOP's director.

The left-wing Catholic vote, on the other hand, is decreasing. Only 21 per cent vote for the left-wing parties, which is 15 points less than the national average.

Fr Edmond Vandermeersch, a Jesuit sociologist who is engaged in the pastoral care of the young and a chaplain of the Jesuit-inspired lay movement Vie Chrétienne, was far from pessimistic about the survey: "The hierarchy is obsessed with statistics about Mass attendance and they do not see that a new Church is being invented before their eyes. They do not see the riches in the new forms of spirituality experimented with by the young, in the growing numbers studying theology and the Scriptures, in the devoted service of the Church by the laity, especially women. Instead of wringing their hands over falling Mass attendance the bishops should be thankful that so many laymen and women are prepared to assume responsibility in the Church."
+++++++++++++++++++++++++++++++++++++++++++++
Disclaimer