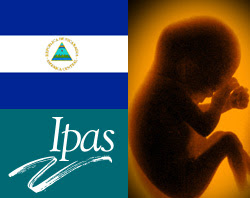 Ipas, one of the world’s largest abortion advocacy groups, has joined critics of Nicaragua’s decision to further restrict abortion.

The group characterizes the decision as a violation of women’s human rights, but the country’s lawmakers say they are simply recognizing the right to life from “the moment of conception.”

Ipas, which distributes the early-term abortion device known as a manual vacuum aspirator, claimed that the decision was unconstitutional and a “setback” for human rights.

The Catholic Family and Human Rights Institute (C-FAM), which reported on Ipas’ activities, has noted that Nicaragua is party to the American Convention on Human Rights. Article 4 of the convention says that life shall be protected by law “from the moment of conception.”

Lawmakers also justified their decision on the grounds that the new law makes the country’s penal code more consistent with its constitutional framework. After the death penalty was abolished, the framework was amended to explicitly recognize the right to life of every citizen.

According to C-FAM, Ipas defines “therapeutic abortion” in a way that justifies the lawmakers’ concerns. The former law reportedly allowed a loophole that allowed access to abortion to continually expand.

Ipas categorizes cases of “therapeutic” abortion as those which save “the life and health of the mother” and also those in pregnancies resulting from rape or incest.

In Ipas’ view, the abortion legislation “excludes many women who need it to save their lives,” while the Nicaraguan government insists the ban does not prohibit life-saving procedures.

The Ipas reports hold that the abortion ban violates medical professionals’ right to free exercise, arguing that the ban “forces doctors to violate ethical principles of their profession to prevent an abortion while endangering the life or health of women.”

The Association of Nicaraguan Doctors has argued against this claim, saying that there is no situation in current medical practice where human life from the moment of conception should be “intentionally destroyed by abortion in order to save the life of the mother.”

“A physician must do everything possible to save the lives of both patients – mother and child. Death should never be inflicted on any of them.”