The Catholic church and euthanasia (Contribution) 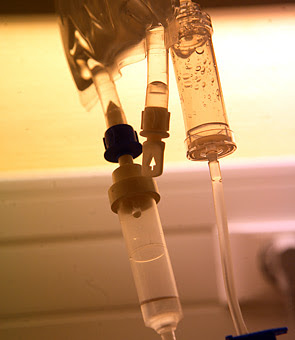 It's popularly believed that Catholics are anti-euthanasia. Do Catholics believe we don't have the freedom to do as we like? St. Thomas More, who was canonized by Pope Pius XI in 1935, claimed in Utopia that euthanasia for the terminally ill was a central factor needed in the ideal society.

when any is taken with a torturing and lingering pain, so that there is no hope, either of recovery or ease, the priests and magistrates come and exhort them, that since they are now unable to go on with the business of life, and are become a burden to themselves and to all about them, so that they have really outlived themselves, they would no longer nourish such a rooted distemper, but would choose rather to die, since they cannot live, but in much misery ; being assured, that if they either deliver themselves from their prison and torture, or are willing that others should do it they shall be happy after their deaths … Such as are wrought on by these persuasions, do either starve themselves of their own accord, or they take opium, and so they die without pain. But no man is forced on this way of ending his life; and if they cannot be persuaded to it, they do not for that fail in their attendance and care of them.

How times change. In 1980, the Catholic Church proclaimed the Declaration on Euthanasia which states that "Intentionally causing one's own death, or suicide, is ... equally as wrong as murder" and that

no one can in any way permit the killing of an innocent human being, whether a foetus or an embryo, an infant or an adult, an old person, or one suffering from an incurable disease, or a person who is dying. Furthermore, no one is permitted to ask for this act of killing, either for himself or herself or for another person entrusted to his or her care, nor can he or she consent to it, either explicitly or implicitly. nor can any authority legitimately recommend or permit such an action.

In this document euthanasia is defined as "…an action or omission which of itself or by intention causes death". It needs to be pointed out that in modern medicine, it's not always clear which actions "cause death".

For example, doctors can give pain relieving medication, which as a side effect can cause earlier death.

So for Catholics this is morally permissible, as the intention of the huge dose of morphine is not to bring about an early death, and this is clearly spelled out on page nine of the document.

What about the situation where doctors are asked for drugs, whose main purpose is to bring about death?

What are Catholics to make of this? I would try to persuade them to accept this, as the difference between the side-effects from pain relief and the "main purpose" here in our second scenario, is not always clear.

Who is to define "main purpose" of drugs? The definition here of "main purpose" will very much depend on the mental state and intentions of the person giving the drugs, and this is almost impossible to determine, because motives are complicated.

If a doctor knows that death will result from the treatment they are giving, is this lack of direct intention to terminate life, strong enough morally, to render the act permissible to Catholics? Perhaps it is.

Even if Catholics feel intuitively uncomfortable about this, we can confidently say, there's no clear line here, and because Rome recognises that "extraordinary means" to prolong life may be inappropriate, then it is permissible for Catholics.

Moreover, "extraordinary treatment" may not need to be given in some circumstances either, and an example of this would be the resuscitation of a terminally ill patient who will die soon anyway.

Thus, Catholics can refuse "extraordinary treatment" and "extraordinary means", even when the technology is available, so you can switch the ventilator off.

So it seems that Catholics can and do accept euthanasia, up to a point, and so the perception of them as wanting a blanket ban on euthanasia is a mischaracterisation of their true position.

So what is it, others feel they want, over and above the Catholic position, which they may feel is holding them back due to the pressure exerted by the Catholic religion? I think many people want doctors to aid dying patients, and this is different from stopping extraordinary treatment, or pain-relief overdoses as a side effect.

Catholics object to the principle of the cause of death being the treatment itself, rather than a by- product of the treatment or lack of treatment. There seems something terribly cruel about removing treatment from the dying, in order to let them die faster, but perhaps in misery and agony, yet it seems compassionate to actively aid the dying.

How will we persuade Catholics?

Some of the Church's recent actions - or failures to act- make me think the present leaders have a death-wish which they are turning into action step by step.

The Church is euthanasing itself.