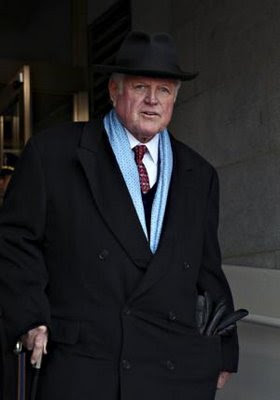 The Vatican on Wednesday paid homage to Senator Edward Kennedy but criticised his championing of abortion rights.

The liberal senator "was constantly in the front line in battles such as the protection of immigrants, gun control, (and) minimum wage for the poorest.

"But unfortunately there were positions on his part in favour of abortion," said a report in the Vatican's official newspaper, L'Osservatore Romano.

Kennedy, who died on Tuesday after a year-long battle with brain cancer, aged 77, "put his signature to many laws that - some say - redesigned contemporary America," the daily said.

Is this a Catholic website? If it is, how can you speak of "reproductive rights"? You mean the "right" to abortion? Is that a right?

The man is dead, we should pray for himself and his family during this sad time.Whatever he did in life only Our Lord can judge him, or have we now taken over as judge and jury?