Cash donated to the Catholic Church are paying for sex sins 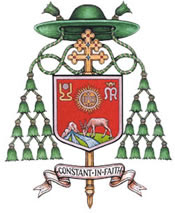 THE Melbourne Catholic Church is paying victims of sex abuse by its clergy with cash donated in collection plates.

Victims' advocates are outraged that parishioners have not been told they were "paying for the sins of the Fathers" and have called on the church for transparency.

A confidential minute from an internal church document exposes the source of compensation funds for 450 sexual abuse cases over the past 13 years.

Archbishop Denis Hart said in the document, obtained by the Sunday Herald Sun, that the sex abuse compensation money did not come from the church.

He was replying to a priest's question about capped compensation.

"It was felt this (capped) amount was what could be managed within the parameters of church responsibility towards the victims . . . as well as being responsible towards the people of the archdiocese whose money the church holds in trust and which has to be managed appropriately, on the other," Archbishop Hart said.

The revelation was contained in the minutes of a meeting of the Senate of Priests in June 2002, but a spokesman for the Catholic Archdiocese of Melbourne yesterday confirmed the collection plate funding continued.

"The compensation is covered by diocesan funds and supplemented by insurance," he said.

"Diocesan funds comprise contributions by the laity, donations from supporters of the church and the returns derived from the prudent investment and management of available funds."

He denied leaking the document, but called for a church review of its handling of the victims.