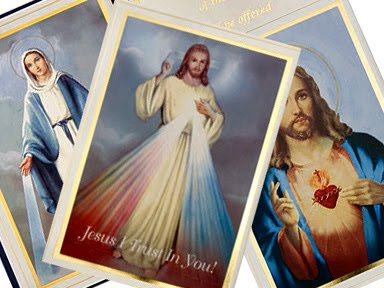 MASS card producers fear they may face up to 10 years in jail if a new act becomes law next week.

Yesterday the High Court was asked to block part of the new Charities Act outlawing the sale of Mass cards other than through an arrangement with the Catholic Church.

If the act becomes law in its current form, it means that anyone who sells Mass cards, other than by agreement with a bishop or provincial of an order of priests, could be jailed for up to 10 years or fined €300,000.

Mr Justice Patrick McCarthy granted permission to two of the country's largest distributors and retailers of Mass cards to serve short notice on the State and gardai of an application seeking an injunction restraining the introduction of part of the act.

Dr Gerard Hogan, who represented the companies, said that Thomas McNally, head of Mass card producers MCC in Co Longford, had an arrangement with several priests whereby they agreed to permit him to affix their signature to Mass cards in return for a personal stipend in conformity with the theological precepts of the Roman Catholic Church and Canon Law.

Dr Hogan told the court that Mr McNally's sister, Marie Reilly, of Ard Na Ri, Ardnacassa, Longford, was a joint plaintiff in an action against the State as she retailed supplies of her brother's Mass cards.

Dr Hogan said Mr McNally carried on a perfectly legitimate business in which legal certainty was vital and neither he, his printer or customers could realistically operate in circumstances where they were open to prosecution or where it could be contended their business was prohibited by law.

Both he and his sister believed Section 99 of the proposed act was unconstitutional and conferred what amounted to a monopoly on the sale of cards to designated clerics of the Church or to persons approved by them.

Catholic communications spokesman Martin Long said: "Pre-signed Mass cards are not authentic and the bishops would ask the faithful to avoid purchasing such commercial products.