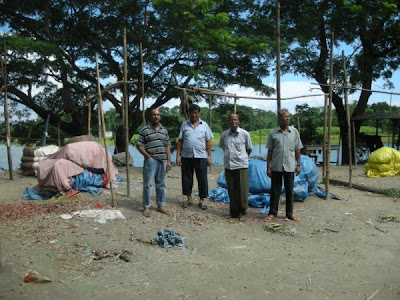 Catholic women of the village of Dewtola can no longer go to mass because of continual threats from local Muslims.

For the past several weeks tensions have been mounting around the parish of St. Francis Xavier in Golla, Nawabgonj district.

Michael Gomes, a local Catholic leader, tells AsiaNews that "defenceless women and children are being intimidated. Most of the men of the village have emigrated to Europe or moved to Dhaka to find work”.

The threats originate from disputes over the village market where many stalls are run by some of the more than 3 thousand 700 Christians living in the area. Muslim traders want to take possession of them and have already on several occasions tried to use force to expel the non Muslim owners.

Already in 2006, for the same reason, a crowd of 200 people attacked the Catholic faithful as they were going to church and destroyed some of their stalls at the market.

"Now the climate is back to being that of three years ago - says Gomes - we live in a situation of deep insecurity and despite having alerted the local authorities nothing has happened."