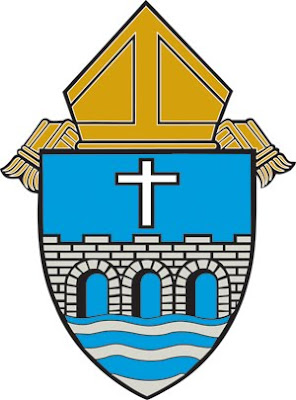 A Roman Catholic diocese in Connecticut has invoked the First Amendment’s separation of church and state in a request to the US Supreme Court to let it keep clergy sexual abuse documents under seal, a move that appeared to contradict the church’s recent pledges of openness.

On Thursday, two days after Justice Ruth Bader Ginsburg denied the Diocese of Bridgeport’s request to keep the documents under wraps despite a recent ruling by the Connecticut Supreme Court, the diocese said the dispute raises fundamental constitutional issues and asked the full US Supreme Court to review the case.

The dispute concerns 12,675 pages of documents from 23 lawsuits, settled out of court in 2001, that accused the diocese of negligently assigning six priests who allegedly committed sexual abuse.

The documents could shed light on how Cardinal Edward M. Egan, retired archbishop of New York, handled the allegations when he was bishop of Bridgeport from 1988 to 2000.

Following the Ginsburg decision, the diocese specifically asked Justice Antonin Scalia to keep the documents under seal until the full high court decides on whether to take up the review.

In its request for review, the diocese contends that it cannot be sued for assigning priests with a history of sexual abuse because such placements are ecclesiastical decisions. It also says documents dealing with the assignments are protected by religious privileges in the First Amendment.

“Because courts lack a legitimate role under the First Amendment to examine a church’s employment decisions regarding its ministers, the courts similarly lack constitutional authority to require a church to produce and publicly disclose confidential internal documents or testimony that would be germane only to second-guessing those decisions,’’ the diocese wrote in its 33-page court filing.

An advocacy group for victims of clergy sexual abuse condemned the argument, saying it flew in the face of a pledge of openness in the Charter for the Protection of Children and Young People released by the nation’s Catholic bishops in 2002 and conflicted with more recent statements by Pope Benedict XVI.

“This kind of desperate, hardball, self- serving legal maneuver not only contradicts what bishops have promised but what the pope has called for,’’ said David Clohessy, national director of the Survivors Network of those Abused by Priests, or SNAP. “Frankly, it’s the same old same old.’’

The charter pledged that dioceses would be “open and transparent in communicating with the public about sexual abuse of minors by clergy within the confines of respect for the privacy and the reputation of the individuals involved.’’

Jonathan M. Albano, a Boston lawyer representing three newspapers that sued the Bridgeport diocese to obtain the records, said the diocese is taking a much harder stance than did the Archdiocese of Boston, where the sexual abuse crisis exploded seven years ago.

In 2003, Massachusetts Superior Court Judge Constance M. Sweeney refused to dismiss claims by hundreds of alleged victims of sexual abuse, rejecting the archdiocese’s arguments that it had the religious freedom to make decisions about assigning priests without interference from civil courts.

The archdiocese appealed the ruling to the state Appeals Court, but a judge there refused to consider the arguments, and the archdiocese declined to seek further review.

“Unlike so many other dioceses and religious institutions, the Bridgeport Diocese has decided to appeal the disclosure orders all the way to the Supreme Court,’’ said Albano, who is representing The Boston Globe, The New York Times, and The . The Hartford Courant has also sued to see the documents.

Beth McCabe, coleader of the Connecticut SNAP chapter, said she believes the diocese is motivated by a desire to protect Egan’s reputation.

“That’s what it’s really about,’’ she said. “It’s about him being embarrassed and having to answer for all the things that happened.’’

Whether the Supreme Court will take up the case is not certain.

Philip Allen Lacovara, a lawyer for the Bridgeport Diocese who has argued at least 15 cases before the high court, said he was keenly aware that the court takes only a small percentage of requests to review rulings.

“But it does tend to take cases that have important constitutional issues in them, and I’m optimistic that the Supreme Court will recognize that this is such a case,’’ said the New York lawyer.

If the court does take the case, he said, it would be the first time the Supreme Court has weighed in on whether the church must make public documents concerning internal deliberations about the fitness of priests.

In 2006, the Supreme Court rejected a request by Cardinal Roger M. Mahony of Los Angeles to keep private the personnel files of two priests accused of sexual abuse.

Lawyers for the archbishop had argued that all communication between a bishop and his priests was protected under the First Amendment.

But the high court declined to hear Mahony’s case, enabling prosecutors to view the documents as part of a secret grand jury investigation.

Lacovara said that case and the one in Bridgeport are not comparable because the California case concerned a grand jury’s ability to investigate a crime, while the Connecticut case concerns documents generated in civil lawsuits.

In 2006, a Waterbury Superior Court judge ruled that the newspapers in question had a right to see the documents stemming from the lawsuits against the six priests by altar boys and members of church youth organizations, but the diocese appealed.

The Connecticut Supreme Court upheld the ruling in May in a 4-1 decision.

Jeff Anderson, a Minnesota attorney who has represented clergy sexual abuse victims across the country, said he was not surprised that the Bridgeport Diocese had invoked the First Amendment in its latest filing.