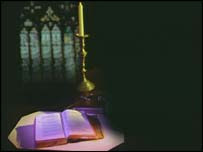 A bill that would have extended the statute of limitations for victims of sexual abuse did not pass the State Assembly during this year's legislative session.

The Child Victims Act (A.2596) was pulled from the calendar on June 23, 2009 after Assembly leaders decided the bill did not have enough votes to pass.

Under current law, victims of childhood sexual abuse have five years from their 18th birthdays to report the crime and/or to file a civil claim for damages against their alleged abusers.

The Child Victims Act sought to change the five year statute of limitations period so that it did not begin to run until the victim's 23rd birthday, giving the victim until age 28 to file criminal charges and/or a civil lawsuit.

This would have effectively increased the statute of limitations period from five years to 10.

Arguably the most controversial measure of the Child Victims Act would have created a one year window from the time the bill was enacted that would have allowed anyone to file a claim alleging sex abuse, no matter how old the victim now was or how long ago the alleged act occurred.

After the one year period ended, the statute of limitations period would have reverted to the expanded 10 year period.

This marks the fourth year the legislation has been proposed, but did not pass. In the 2006, 2007 and 2008 legislative sessions, the Act passed the State Assembly, but failed to receive the necessary votes to make it out of the State Senate.

Many believed this was the year the bill would finally become law, given that the Democrats took over the majority in the Senate.

In past years, the Republican majority in the State Senate prevented the bill from passing.

Why did the Child Victims Act Fail?

Assemblywoman Margaret M. Markey, the main architect and biggest supporter of the bill, argued the bill was necessary to give victims of childhood sexual abuse their day in court and a chance at justice.

She also argued that the Act would help prevent future acts of sexual abuse by encouraging victims to come forward and identify their abusers, who then could be prosecuted and punished for their crimes.

The one year suspension of the statute of limitations was deemed necessary to ensure victims who had been denied access to the courts were given a chance to pursue their legal claims against their abusers.

Supporters of the legislation argued that the short statute of limitations period prevented many victims from coming forward with their claims and allowed many perpetuators of these crimes to go free and continue to harm other children.

While it is difficult to find anyone who would disagree with the spirit of the legislation, many of the bill's opponents felt the new law would not accomplish these important goals.

The Catholic Church has been one of the biggest and strongest opponents against the Child Victims Act. The Church feared that a rush of lawsuits under the new law, particularly during the one year suspension on the statute of limitations, would bankrupt the church.

Catholic leaders in New York argued that they would be forced to close churches and schools to pay large civil damage awards to victims.

They pointed to California as an example of what could happen in New York; when similar legislation passed in California in 2002, Catholic churches across the state were ordered to pay $1 billion in restitution to victims of sexual abuse.

The lawsuits bankrupted the Diocese of San Diego.

The Church also argued that the legislation unfairly targeted the Catholic Church and other private organizations and businesses.

The original text of the bill specifically excluded public schools, which have had their own history of sex abuse allegations in the state.

The Church claimed that the bill was discriminatory for picking and choosing which victims and organizations would be governed by the bill's provisions.

Other opponents of the legislation, including the New York Civil Liberties Union and New York State Association of Criminal Defense Lawyers, took issue with the one year suspension on the statute of limitations, arguing that limitation periods are a necessary protection in the legal system.

They argued that limitations periods are important because the longer the time between the alleged commission of a crime and the filing of a lawsuit, the more difficult it is to build a defense against the charges.

In some cases, the person who committed the actual crime may be dead and any evidence of the crime may be long gone.

In response to criticisms to the bill, two amendments were proposed in hopes that it would sway more favorable votes. The first amendment removed the public school exception to the bill and the second amendment set a 53-year-old age limit on those who would be eligible to file a civil lawsuit during the one year period. It is reported, however, that these amendments did little to win additional support for the bill.

It also appears that once it became a reality that the Child Victims Act would pass, some legislators who previously had backed the bill pulled their support.

This may have been in part due to the well-organized campaign waged by the Catholic Church and others opposed to the bill who encouraged their supporters to vocalize their concerns to their local legislators.

It is unlikely that this will be the last effort to pass the Child Victims Act in New York.

Assemblywoman Markey has vowed to seek passage of the bill in the fall if the Governor holds a special legislative session.