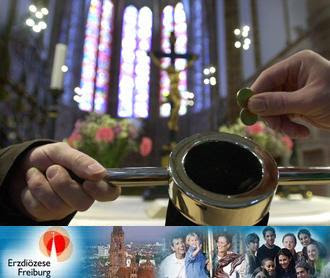 A national debate has started in Germany about the legitimacy of the Church tax that is levied on all those registered with the Catholic, Lutheran and Old Catholic churches.

The controversy follows a ruling by a court in the Freiburg administrative area in favour of a canon lawyer, Hartmut Zapp, who no longer wishes to pay the additional eight or nine per cent tax, but he also wants to remain a member of the Catholic Church.

Under the current system, Catholics who want to opt out of paying the tax have to sign a form at the local town hall saying that they wish to “leave the public body of the church” – in effect, excommunicating themselves.

Dr Zapp, who taught canon law at Freiburg University until 2004, argued that German Catholics who officially leave the Church because they do not want to pay the tax are still members of the communion of the faithful through baptism and may therefore continue to receive the sacraments.

But the Freiburg Archdiocese argued on appeal that this written declaration was not valid.

Now, the vicar general of the Freiburg Archdiocese, Fr Fridolin Keck, has said the archdiocese will again appeal.

Last week, a lengthy feature article appeared in the respected German daily Süddeutsche Zeitung entitled “Death knell tolls for church tax” asking how long the church tax could continue after the court’s ruling. “May the secular state co-operate in a process with such grave spiritual consequences?” the paper wrote.

But Dr Zapp is not making a secularist case – he is not questioning the validity of the tax but simply demanding the Vatican reform the church tax system so that it is not a condition for membership of the Church.

A 2006 document from the Pontifical Council for Legislative Texts said a request from Catholics wanting to leave the Church had to be accepted by the responsible authority (that is, the Church) and that the state authority was not competent to grant such a request.

The tax provided the Catholic Church with a net income in 2008 of 5.6 billion euros (£4.79bn), and has made the German Church one of the wealthiest in the world.