Will Mountjoy inmates be left without priest? 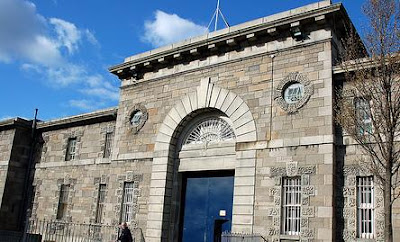 The religious needs of inmates at Mountjoy Prison will continue to be met after the current priest leaves - despite financial belt-tightening by authorities and the scarcity of priests.

The Irish Prison Service (IPS) has said that a priest leaving the jail at the end of the month will be replaced.

Officers at the jail have expressed concern this week that chaplain Fr Charlie Hoey, a Carmelite priest who is held in high esteem by both staff and prisoners, would not be replaced.

His Order requires him for another post and it was feared the scarcity of priests, together with the cost -- met by the Department of Justice -- would force an end to the chaplaincy.

Officers at the jail said they had been told Fr Hoey would not be replaced.

Despite IPS assurances to the contrary, the fear at Mountjoy is that a priest will be appointed, but will serve in a less hands-on capacity to Fr Hoey.

It is understood that a fee is paid for the celebration of a Sunday Mass, if a priest is called in, and it is feared this may be the future arrangement.

A senior officer said: "Charlie Hoey is more than a priest in Mountjoy.

"He acts like a pressure valve within the system.

"He interacts with everyone and he can be here six days a week, for eight to 10 hours a day.

"It is bad enough that he is going, but we are concerned that there will be significant change in roles. Getting someone in to say Sunday Mass is not the same."

The prison chaplaincy also involves a number of dedicated nuns who work with the prisoners every day at minimal cost to the Department.

The head of the prisons' chaplaincy is Sister Imelda Wickham, who works in Wheatfield Prison, having succeeded a priest there.

As the national co-ordinator, she has repeatedly criticised the prison system and said that jail was not the answer to society's problems.