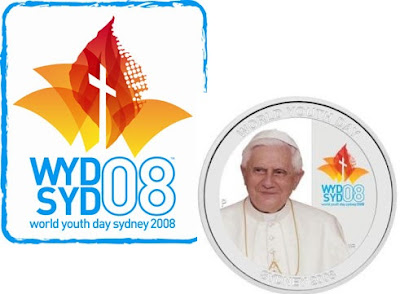 THE cost to NSW of hosting World Youth Day came in $64 million over budget, according to an Auditor-General's report that raises serious questions about the profligacy of the government in securing major events.

The scathing report, which has not yet been released publicly, accuses the NSW government of a track record of ''underestimating'' the cost of funding major events.

From an original estimate of $20 million, the global Catholic get-together in July 2008 blew out to a total cost to taxpayers of $86 million.

Some $41 million - more than double the original estimate for the entire event - was paid to the Australian Jockey Club and the racing industry for the use of Randwick Racecourse for the mass conducted by Pope Benedict XVI.

The draft report by Auditor-General Peter Achterstraat states: ''The costs to the state for the World Youth Day festival in Sydney were $64 million more than initially budgeted. This raised concerns about whether the government is receiving the right advice on major events.''

The latest blow to the government comes after The Sydney Morning Herald yesterday revealed that:

State Development Minister Ian Macdonald is responsible for taxpayers forking out $10 million above the $35 million cap to fund the V8 Supercars race over the next five years (see story at right).

Mr Macdonald committed the government to a $50 million splurge to keep the rugby league grand final in Sydney, $20 million more than Queensland was willing to pay and before it even made an official offer.

Walt Secord, a spokesman for the Premier, said the original estimate made in October 2006 had to be revised higher when it became clear Sydney would greet far more pilgrims than first thought.

''In terms of international profile and economic benefits, the World Youth Day was an astounding success.''