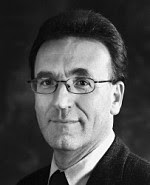 A Jesuit investigation cited 205 allegations of sexual abuse against priests at its schools in Germany on Thursday, revealing decades of systematic abuse and attempts of a cover-up by the Roman Catholic order.

The new allegations threaten to further undermine the German Roman Catholic Church, already accused of hushing up hundreds of sexual and physical abuse allegations in Church-run schools that have come to light recently.

"In the name of the order I acknowledge with shame and guilt our failure," Father Stefan Dartmann, Germany's leading Jesuit official, said in a statement. "I ask for forgiveness."

"There was a widespread mentality in the order, and perhaps still is, that the primary concern was the reputation of the institution and its fellow brothers," Dartmann added.

The report also cited a further 50 allegations of abuse relating to other, mostly Catholic institutions.

The abuse scandal also has put a spotlight German-born Pope Benedict and his handling of the crisis. Benedict was archbishop of Munich at a time when a priest in the archdiocese undergoing therapy for sexual abuse was returned to work.

The Vatican denies Benedict was involved in the decision.

The allegations by predominantly male victims in the Jesuit investigation focus on 12 priests, six of whom are now deceased, from several schools and youth facilities in Germany. Solitary victims cited a further 32 church figures.

The order would continue to examine the allegations and talk to victims, Dartmann said, noting it was still open whether state prosecutors would become involved in the investigations.

The German report, commissioned in January after 25 students came forward alleging abuse at the Jesuit-run Canisius Kolleg in Berlin, details harsh corporal punishment and sexual abuse stretching back as far as the 1950s.

Since then, media reports have documented more than 250 cases of abuse in Catholic schools, prompting the government to set up a round table to address issues of abuse in Germany.

Cases have popped up across Europe and bishops in Ireland, Belgium and Germany have been forced to step down.

Nearly 50 people at three schools said a priest -- given the alias of Father Bertram -- beat students in a "sadistic sexual" way on their bare or clothed buttocks in the 1970s and 1980s.

The report details how Bertram underwent years of therapy. Before leaving the order, he confessed in 1991 to having suffered emotional problems that led him to beat children.

Father Bertram wrote in a report that year: "From 1957 to 1990, I beat several hundred children and adolescents of both sexes on their exposed buttocks, in nearly painless, symbolic acts of punishment."

Though allegations of abuse in Jesuit schools surfaced in January, Dartmann admitted that Father Klaus Mertes, director of Canisius Kolleg, informed him about the problem in 2006.