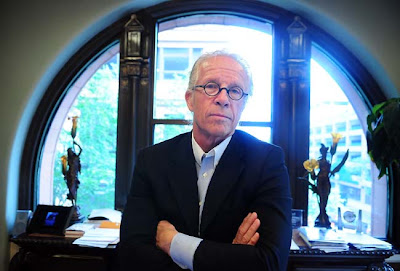 Minnesota attorney Jeff Anderson who has earned a reputation for his cases against the Catholic Church is now suing a former St. Paul special education teacher charged with producing child pornography.

Anderson announced the lawsuit against Gregg Alan Larsen on Wednesday, saying he will use a federal law that allows victims of child pornography to sue to hold Larsen accountable along with each person who downloaded the images Larsen allegedly distributed over the Internet, Minnesota Public Radio reports.

"We will find you, we will expose you and we will sue you," Anderson said during a news conference at his law office.

"This lawsuit is one of many, hopefully hundreds, that we will be bringing across the country to deter this kind of conduct," Anderson said.