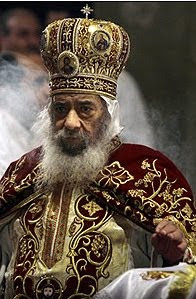 A court in Egypt has ordered the Coptic church to allow its faithful to remarry, quashing an appeal by the head of the church, local media reported on Sunday.

"By law, a Christian can remarry and the constitution guarantees his rights to have a (new) family. The appeal by Pope Shenuda III to prevent Copts from remarrying is rejected," Egypt's High Administrative Court said in its judgement, which can not be appealed.

The ruling relates to the case of Hani Wasfi, an Egyptian Copt who complained against the pope's refusal to let him remarry after having been divorced.

After initially losing his case in a lower court, the leader of Egypt's Coptic minority launched an appeal in the high court.

Divorce is forbidden by the Coptic church except in proven cases of adultery, or if a spouse converts to another religion or branch of Christianity.

Civil marriage alone, without a religious ceremony, is not recognised in Egypt.

Copts make up about 10 percent of the country's 80-million largely Muslim population, and are the Middle East's biggest Christian community.

The church's strict conditions for remarriage have been subject to growing criticism by Copts themselves as well as civil rights organisations.