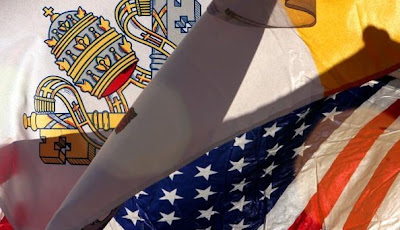 Two canon lawyers have weighed in on an attempt to sue the Vatican for sexual abuse by a priest, saying it misconstrues the nature of the Catholic Church and the relationship between the Pope and other Catholic bishops.

It is based on the misperception of the Church as a “monolithic” structure, one said.

The lawsuit, named Doe v. Holy See, was filed in 2002 on behalf of a man who claimed he was sexually abused by a priest in Oregon in the mid-1960s. The priest had previously been accused of abusing children in Ireland and Chicago.

The Holy See was one of the defendants named in the suit, which argues that the Vatican should be held accountable for moving the priest to Oregon where he conceivably could have continued to abuse.

One of the claims of the lawsuit is that the relationship of a Catholic bishop to the Pope is like that of an agent or employee to an employer. If upheld in court, the claim would help invalidate the Holy See’s claim to sovereign immunity in the case.

He said the two important issues for the case were whether the U.S. courts will “continue to disregard” the sovereign immunity of the Holy See and whether the Holy See is responsible for “individual priest personnel decisions of dioceses and religious orders.”

He said a judicial failure to uphold the Vatican’s sovereign immunity would be “a monumental intrusion” upon the powers of the legislative and executive branches of the U.S. government.

“On the actual contention in this case, it is patently absurd to hold the Holy See responsible for individual decisions regarding the assignment of priests by dioceses and religious orders. No such responsibility is foreseen in canon law and has never been the actual practice,” commented Fr. Murray.

“The responsibility for such decisions rests in canon law with the diocesan bishop or the religious superior. This is based on Catholic doctrine concerning the exercise of hierarchical authority in the Church."

In a Tuesday phone call, CNA also received comment on the case from J.D. Flynn, a canon lawyer who is vice-chancellor of the Archdiocese of Denver.

Acknowledging that some bishops and priests are indeed employees or agents of the Holy See, like those working at Vatican Congregations or serving as papal nuncios, Flynn said ordinarily they are “absolutely not” such figures.

“We often think of the church as being one monolithic structure. It starts in the Vatican, and goes all the way down to parochial vicar or deacon in the parish.

“Actually that’s not true. That’s not our ecclesiology.”

He stated that the Catholic Church is a “confederation” of many particular churches, referred to as dioceses or local churches.

Asked to what extent a bishop is responsible for a priest’s actions under canon law, he noted that priests always have a relationship to a larger body, such as a diocese or a religious institute.

The person with ordinary authority over the priest is the one who assigns, removes, or punish him as warranted.

CNA then asked Flynn if he knew of other cases of people trying to sue the Vatican.

Noting that there have been “any number of frivolous lawsuits,” he said two interesting points in this case concern firstly, technical issues about the laws of sovereignty, and secondly, peoples’ perception of the Vatican’s direct responsibility.

The charge that the Holy See has been negligent in not directly overseeing diocesan bishops ignores “the distinct theological, ecclesiological, and juridic identity of a diocese,” he claimed.

“The Catholic Church is often attacked for being this kind of huge, monolithic structure. Ordinarily we try to say that’s not what or who we are. This is a perfect example of cultural misperception of the Catholic Church, coming now into the legal forum,” Flynn explained.

The U.S. solicitor general’s office has submitted an amicus curiae brief to the U.S. Supreme Court arguing that the Ninth Circuit Court of Appeals misapplied the Sovereign Immunities Act in allowing the suit to proceed.

The act governs when U.S. courts can hear cases against other countries.