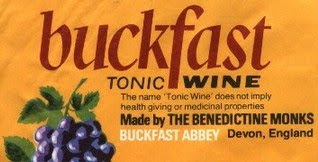 Scottish Labour parliamentarians have called for a ban on reinforced wine products that could spell the end for iconic caffeine-added Buckfast tonic wine produced by Devon Benedictines.

The Alcohol Commission established by Labour yesterday proposed a legal limit of caffeine in alcoholic drinks of 150 mg/per litre, the New Scotsman reports.

The imposition of a 150 mg/per litre limit would effectively outlaw Buckfast, which has a 375 mg/per litre caffeine content and other ready-made caffeine-based alcoholic drinks such as Red Square Reloaded.

Labour claimed the intoxicating mixture of a stimulant (caffeine) and a depressant (alcohol) led to "wide awake drunks" with a tendency to exhibit criminal behaviour.

But the interim report published yesterday by the commission, chaired by Professor Sally Brown, of Stirling University, was criticised by Labour's political opponents and the distributors of the tonic wine made by Benedictine monks based in Devon.