The priests, the mistresses and the Pope (Contribution) 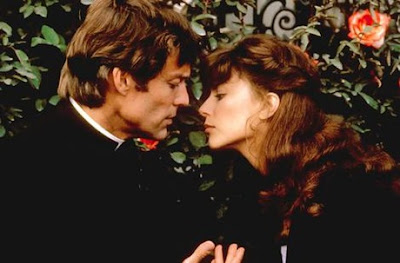 A group of Italian women in relationships with priests have sent the Pope a letter pleading for an end to the celibacy rule.

The Pope swatted the cardinal like a fly, reiterating the Church’s holy principle of celibacy.

I do think the cardinal was wrong to link celibacy and paedophile urges. Look at the stats, and most paedophiles are married.

Paedophilia is a perversion, not a matter of sexual preference, and a lifestyle change cannot quash it.

But I think the women have a point when they speak out against the hypocrisy of the status quo. I came across, when editor of The Catholic Herald, hundreds of priests.

Many of them had “housekeepers” who adored them and … well, who knows what goes on behind net curtains in the priest’s house? Tongues wagged, but only mildly: the priest looked happy, worked hard, and his parishioners looked away.

This was so routine an arrangement, that for centuries canon law specified that the priest’s housekeeper should be past child-bearing age, so that the Church would not be embarrassed by the fruit of a carnal relationship.

Yes, sometimes there was scandal. I remember my first challenge at the Herald was to report on Bishop Eamonn Casey, whose American mistress had done a kiss-and-tell. Yet the Bishop Casey story did not dent Church credibility in the way the recent paedophile scandals have.

For too many priests, loneliness is their lot. Once, they had parishioners vying with one another to see who could wine and dine him; now they are derided and worse. When this was a less secular society, priests always knew they held a certain status in our community; now they are in the habit of being treated like pariahs.

One brilliant and witty priest I know is taking a year’s sabbatical. Free of his dog collar, he has found himself in many situations where strangers heap scorn upon the priesthood and talk of priests as synonymous with kiddie-fiddlers.

“There is so much hostility out there,” he told me, sadly.

Celibacy is a wonderful vocation.

Once it’s imposed on you, it’s no longer a holy gift but conscription into an army you don’t want to join.