Serbian patriarch invites Pope for first ever visit to Serbia 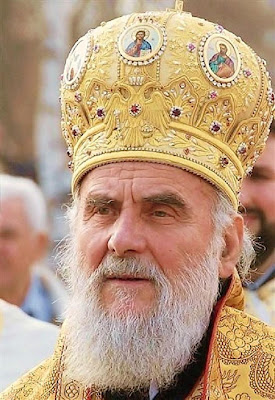 The pope, if he accepts, will travel to Serbia in 2013 for a celebration of the anniversary of the Edict of Milan.

"Representatives of all churches will be invited to the celebration of 1,700 years of the Edict of Milan in Nis in 2013 and there is no reason to pass the Church of Rome," Irinej said.

In 313 Roman Emperor Constantine and Emperor Licinius, who ruled the eastern parts of the empire, signed the Edict of Milan which proclaimed religious toleration in the Roman empire. Constantine was born in Naissus - the modern day southern Serbian city of Nis.

"I hope that (the celebration) will be a chance for a new relationship between theWestern and the Eastern churches," Irinej said.

The relations between the Serbian Orthodox Church, with roots in the Byzantine part of the Roman Empire, and the Vatican have been strained since World War II, when the Hitler-backed regime in Croatia, a Catholic country, killed tens of thousands of Serbs in concentration camps.