Will the Vatican Ever Accept That Genocide is Also a Crime? 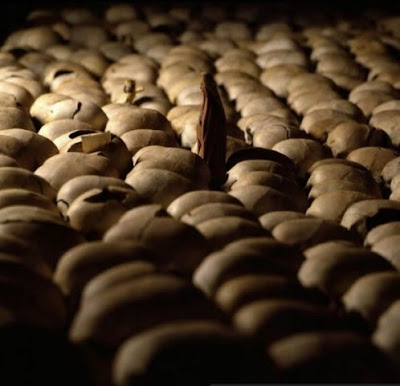 This church's lack of courage and humility made it develop what philosopher Bertrand Russell, in his book "The Conquest of Happiness" termed "persecution mania" which he says is "a recognised form of insanity."

The fall of the former genocidal regime was not good news for some in the Rwandan church. Out of solidarity with and nostalgia for their defeated ideological allies, they were at a loss.

They were incapable of overcoming their shame and guilt and recognizing their responsibility for the suffering of the Tutsi, which they identified with the Rwandan Patriotic Front (RPF), or to get used to the new reality of a non-racist Rwanda.

At the beginning of the war of liberation in October 1990, there was a virulent propaganda by missionary circles, particularly the White Fathers, against the RPF.

They resented the RPF and sought to portray it a communist organisation, "inevitably" aimed at "persecution of the Church."

This was a skilful ploy to tarnish the image of the movement. It inspired fears among other missionaries and influenced public opinion, especially in Europe, which easily feels disapproval for anything called "anti-Christian."

Above all, it pre-emptively covered up the criminal or doubtful intrigues of certain churchmen, since any sanction by the new Rwandan Government would likely be interpreted negatively by a conditioned public opinion.

At every opportunity, after the genocide, the church complained of attacks from the local and foreign press, invoking the false thesis of persecution by the new Rwandan Government.

This persecution mania was meant to cover up shame. In November 1994, the vice- president of the Episcopal Conference of Rwanda, Bishop Thaddée Ntihinyurwa, told a delegation of Bishops and Priests from the Eastern and Central Africa "The church should be ready to be persecuted."

On January 9, 1995 the Vatican's representative in Kigali wrote to the Minister of Justice to complain that beyond attacks in the press, there were deliberate and systematic acts directed against the Church by the new Government.

They expressed themselves in the following terms: "The national radio and the press close to the regime accuse, often and openly, the Catholic Church of having participated in the genocide, with the aim of denigrating it, of discrediting it vis-à-vis the people and of preventing it from playing its role in the society."

Hoser and van Tot alleged the aim of such accusations was "to make people forget the messages, disseminated for a long time by the hierarchy of the Catholic Church in Rwanda and elsewhere, in favour of peace and national reconciliation, or else of masking certain crimes committed against the Church hierarchy and staff."

On January 5, 1996 Bishop Ntihinyurwa in Kigali told Bishop Paul Schruers, a delegate of the Belgian Episcopal Conference, that "the Catholic Church in Rwanda and its staff have suffered numerous criticisms launched by the national and international press with the aim of discouraging it, discrediting it and reducing its influence internally as much as outside the country".

These messages from Rwanda's Episcopal Conference and the office of the Papal nuncio were quite different from the more honest assessments of "The Commission for the Relaunch of Pastoral Activities, of priests of the diocese of Butare" (CRPA).

Document N° 5 of early 1995, by the CRPA, said the true causes of the situation in Rwanda were being kept secret. "The word genocide and the sad reality that it describes make everyone feel so uncomfortable that they prefer to keep silent."

The authors add that the silence is the fault of "those guilty of it," and those "who should have sounded the alarm and who did not," i.e. "the Church in general (in Rwanda and elsewhere), the missionaries in particular (in this country as well as outside).

This country's history bears witness to the effects of a substantial number of missionaries compromising themselves and forming allegiances with the leaders of the time."

In the same vein, the "Group of Reflection of the Priests of Kigali" declared their consensus that the Church "should have dissociated itself in a clear manner from the discriminatory policy of the government, but above all from the hate propaganda disseminated towards the end of the former regime."

This group also said that "the church had lacked apostolic courage to play its prophetic role."

This was a hard truth the Church did not wish to hear, and the group was forced "to die" as one of its members told me.

In the opinion of a Dominican priest, Bernardin Muzungu, if men and women of the Church "had had the evangelical courage, given their moral authority over a population baptised at more than 50%, they would have efficiently discouraged the racialisation of Rwandan politics."

Instead, many influential men of the cloth in this church were deeply involved in the development of a policy of hate and in the dissemination of an ideology of ethnicity, which was discriminatory and the harbinger of genocide.

Yet, the Papacy has nothing to say about them, though it has much to say about condoms, and is now feeling obliged to talk about paedophile priests.

Does the Vatican consider genocide to be an offence? So far not! The "G"-word has found no place, in a line or paragraph in the books of the Canon Law.

It is a bridge too far, unlike the issues of abortion or euthanasia in which the Church does get involved. The institution does it with such intractable language and measures.