Apostolic visitation of US sisters now in its third phase 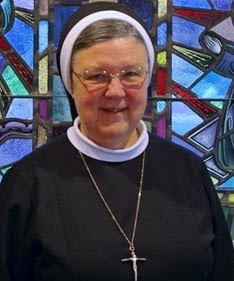 At the end of 2008, with the approval of Pope Benedict XVI, Slovenian Cardinal Franc Rodé, who heads up the Vatican Congregation for Institutes of Consecrated Life and Societies of Apostolic Life, announced an Apostolic Visitation of the institutes of women religious in the United States.

He appointed as Apostolic Visitator Mother Mary Clare Millea, Described by the New York Times as "an apple-cheeked American with a black habit and smiling eyes", the superior general of her order, the Apostles of the Sacred Heart of Jesus, and lives in Rome

The stated purpose of the visitation was "to look into the quality of life of the apostolic congregations of women religious".

The investigation was to look at the way women's orders are run and why the numbers of vocations are falling.

Some of the largest religious orders that once staffed parochial schools and administered Catholic hospitals surrendered their traditional roles, some to work with the poor and more marginalised groups, while others have opted for what are seen as more fashionable political causes, such as feminism and eco-spirituality.

The first phase of the visitation was an invitation to the heads of orders to dialogue directly with Mother Clare; the second was the completion of a comprehensive survey of basic information by the major superiors in the United States.

The third phase now in progress is an on-site visitation to various congregations. Seventy-eight women and men religious were chosen to visit selected houses this spring and autumn.

It will conclude on 12th December.

At the end Mother Millea will use the data gathered to prepare her report for Cardinal Rodé.

Indications are that while initially the sisters resented the imposition of the visitation, they have now accepted it and are getting on with their lives.