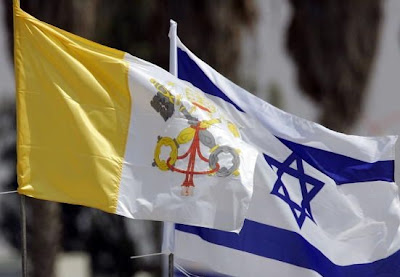 Israel and the Vatican are making progress toward finalizing an agreement on unresolved financial issues clouding relations between the two states.

A Vatican communique Monday said talks May 20 between the Bilateral Permanent Working Committee of the Holy See and the State of Israel "took place in a constructive atmosphere and made progress towards the mandated agreement."

The Vatican said the two sides will meet again at the Vatican in mid-June.

Israel and the Vatican signed an agreement establishing diplomatic relations in 1993 but several financial issues, including tax exemptions and property rights for the Church, have remained unresolved despite years of fitful negotiations.