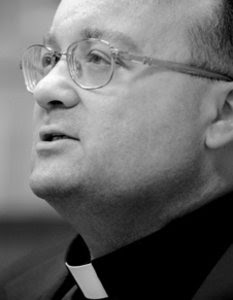 The Vatican prosecutor of clerical sex abuse warned perpetrators on Saturday that they would suffer damnation in hell that would be worse than the death penalty.

The Rev. Charles Scicluna, a Maltese priest who is a top official at the Vatican's morality office, led a special "make amends" prayer service in St. Peter's Basilica.

The service grew out of a desire by some seminarians in Rome for a day of prayers for the victims of clergy abuse and for the healing of the church's wounds from the scandal over its concealment of abuse.

"It would be really better" for priests who sexually abuse minors that their crimes "cause them death" because for them, "damnation will be more terrible" in hell, Il Sole 24 Ore online news reported.

The Vatican said it didn't immediately have the text of the meditation Scicluna delivered for the two-hour prayer service attended by seminarians and other students of religion.

Scicluna has been leading the Vatican's drive to rid the church of pedophile priests. Many victims' groups say the Vatican must admit responsibility for a decades-old culture of secrecy and systematic cover-ups.

Participants at the ceremony asked for prayers "for the victims of abuses perpetrated by men and women of the Church, so that they can heal their wounds and experience true peace," ANSA reported. Prayers were also offered for clerics and other religious who committed abuses "so that, in the light of day, they can honestly face up to the consequences of their guilt and embrace the needs of justice," it said.

Scicluna, who could not immediately be reached for comment, began with a meditation from St. Mark's Gospel saying those who harm children would be better off tying a millstone to their neck and throwing themselves into the sea.

Earlier in the week, the Catholic news agency Zenit reported that several seminary students, including from Britain and the United States, decided to have the prayer service in response to Pope Benedict XVI's harsh letter to Irish bishops in March.

In that letter, Benedict chastised bishops in that predominantly Catholic nation for making grave errors of judgment about the abuse.

But he didn't blame Vatican policies that kept the abuse secret for making the situation worse and he issued no punishment for the bishops.

Any scandal in the Italian church is particularly delicate for the Vatican.

On Friday, the head of the Italian bishops conference, Cardinal Angelo Bagnasco told his churchmen that it was "possible" that sex abuse by clergy might have also been covered up in Italy, and said bishops should follow the Vatican's guidelines in dealing with abuse allegations.