Bailed Out Spanish Bank Was Controlled By Catholic Priest 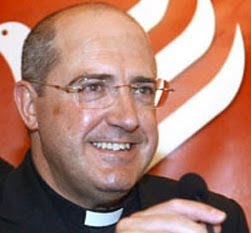 Spanish bank CajaSur was managed by Catholic priest Santiago Gomez Sierra prior to its bailout.

The Economist reports that the bank in Cordoba was managed by the Roman Catholic Church, before it was taken over at a cost of €530 million by the Bank of Spain.

CajaSur was unwilling to merge with Unicaja, another Spanish savings bank, and instead succumbed to government intervention.

The failure of the merger is blamed on CajaSur's demands over jobs and wages.