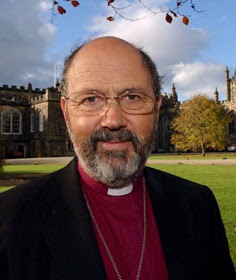 One of the most senior figures in the Church of England has spoken out against the excessive bureaucracy involved in child protection procedures.

The Bishop of Durham, the Rt Rev Tom Wright, called repeated demands for Criminal Records Bureau checks a “waste of time” and claimed they are solely designed to create a “paper trail” rather than safeguarding the vulnerable.

He also condemned the weight of legislation created by the recent Labour government, saying that new rules and regulations do not make for a better society.

It is extremely rare for senior clergy to make any criticism of child protection measures in case they are accused of being soft on paedophile priests.

Although the Roman Catholic Church has seen its reputation battered by allegations of child abuse by priests across the world, the Church of England was also branded “totally irresponsible” in 2003 when it emerged that it known for 17 years about a choirmaster who sexually abused children but failed to tell police.

The Church supports the current system under which clergy, lay staff and volunteers must obtain numerous CRB checks – which give details of any previous convictions – if they run Sunday Schools or bellringing groups that involve young people. Clergy did not join in the widespread criticism of the new vetting and barring scheme, being introducted this summer, that will see more than 9million people forced to register with the Independent Safeguarding Authority before they can work or volunteer with children or vulnerable adults.

But Dr Wright, the fourth most senior bishop in the Church, spoke out during a talk at St James the Less church in Pimlico, central London, on Tuesday night.

Answering a question about his pastoral duties as a bishop and child protection, he replied: “The last Government, and this isn’t a party political point it’s just a fact, produced more legislation from the Home Office in 13 years than the Home Office has produced in the previous 100 years and most of it is microscopic, micro-managing rules and regulations.

“This applies to businesses, to churches, hospitals all over the place, you can’t move. We are drowning in legislation. Rules and regulations are not the way to create a good, wise, human society but our last Government tried to do that.

“When it comes to child protection, we all have to fill in these forms again and again. I’ve done several of them – I’ve got one for the diocese but then there was a youth project in the diocese that was organised independently so I had to have another CRB check.

“We have people come to my office all the time, frankly wasting their time and my staff’s time in order that there be a paper trail for every single person just in case something happens and somebody has to sue somebody.

“Until all filing cabinets in the country get so full that they are over-flowing it looks like we are going to go on just doing this, and that is not the way to be responsible. That’s the way actually to avoid it, it’s a pseudo-responsibility and we need to learn character instead.”

The bishop was speaking about his new book, Virtue Reborn, in which he explains how Christians can develop the moral character they need through prayer.

In September he is leaving Auckland Castle to become Professor of New Testament and Early Christianity at the University of St Andrews.