Experience: I was raped by a Catholic priest 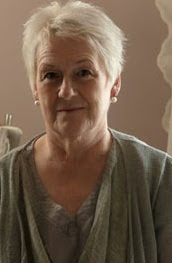 After 25 years together, my husband Gez thought he knew everything about me, that we had no secrets. Yet all that time I was holding something back.

Last spring I sat him down and calmly told him the truth I had kept hidden. "Gez," I said, "I was raped by a Catholic priest when I was 13. My mother knew about it and covered up for him, blaming me."

I told him I still didn't know which was worse – being betrayed by my church, or by my mother. Gez was horrified but I felt relieved; it was an enormous release. He didn't mind my not telling him earlier – I simply hadn't been able to get the words out.

I had been adopted into a family of fanatical Roman Catholics, in Mablethorpe, on the Lincolnshire coast, soon after I was born in 1948.

Our days were ruled by the church's strictest codes, and I lived in desperate fear of committing a sin.

The local elderly priest was billeted to stay with us since they had no accommodation for him in the town – not unusual in small communities such as ours. Sometimes we played host to a younger priest, Father Nicholson, in his 30s. Did he spot me then as a future target? I can't be sure.

He was always friendly, but hadn't made me feel uncomfortable. When I was 10, I was put forward for confirmation while attending a church camp.

The night before the service, he molested me. I was so shocked, yet somehow I felt as if I was to blame. I didn't dare to tell anyone. I didn't think anyone would believe me.

Nothing was ever said, and to my relief my father's work took us away to Yorkshire for two years. But after he died from a brain tumour, my mother took us back to Mablethorpe.

Father Nicholson began hanging around our family again. I was always aware that he would look at me in a certain way, finding excuses to talk to me. I was terrified and tried to make sure we were never alone.

Then one night he appeared at my bedroom door. Before I knew what was happening, he was tearing off my nightdress and raping me. I was paralysed with fear and just managed to whisper to him over and over again: "Please stop." Downstairs, my spinster aunts were playing cards and drinking whisky.

Suddenly my mother came into the room. Had she heard scuffles? I will never know. She shooed the priest from the room. Then, her face like thunder, she questioned me. Was it physically possible I would fall pregnant? I had no idea what she meant. Eventually she left, telling me to pray for Father Nicholson. I felt mortified – my mother made me feel I had brought shame to her door.

After that I dropped out of school, married at 17, and my life disappeared into a blur of alcoholism, self-harm, eating disorders and depression. My first marriage was unhappy and the only redeeming factors were my six children. Then, at 28, I stopped drinking and joined AA.

My marriage ended and I met Gez, an artist, when I was 36. Life was good: we opened a business; I studied acupuncture and counselling, and trained others in addiction work. But I could never forget what had happened and not telling anyone the full story had made me feel so much worse.

Telling Gez was the first step, but I needed to take my secret back to where it began – the Catholic church.

When I told them, the Diocese of Birmingham seemed regretful, offering me prayers.

Archbishop Nichols of Westminster himself wrote that I was in his thoughts.

But what use to me were prayers or an archbishop's thoughts?

I pressed harder, and learned Father Nicholson had been part of the Sacred Heart Order and that he died in 1998.

Now I am looking into financial compensation – for the trauma I suffered.

I think the church would like to blame my mother – but where did her warped notions of parenting come from?

Losing my faith in Catholicism was an erosion rather than a rupture. I had been steeped in its rituals and beliefs for so long that it was difficult to escape.

I even brought up my own children in the faith. I was so frightened of them feeling like outcasts as I had done.

These days, I am a Buddhist. I appreciate the need for faith – but my chosen religion is compassionate. Best of all, I feel no shame in telling people: I have recovered from alcoholism, eating disorders, self-harm, marital abuse, childhood rape.

And the Catholic church.