Killarney cathedral could give tourism a boost: Fianna Fáil councillor 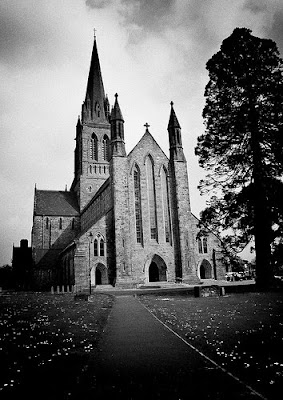 A continental trend which sees cathedrals being used as viewing platforms for their locality should be taken up in Ireland according to Killarney Fianna Fáil Town Councillor Tom Doherty.

He said that Killarney should use its famous St Mary's Cathredal to give tourism a kick start in the area.

Planning for an observation wheel in the County Kerry town similar to London's big Wheel was recently ruled out by the local council.

Now Cllr Tom Doherty has suggested that the town council use the local cathedral tower as a means of viewing the town.

Speaking this week to The Kingdom newspaper, Cllr Doherty claimed: "Killarney has a natural viewing tower situated in St Mary's Cathedral. Throughout Europe many churches are open to the public offering panoramic views of their locality and hinterlands. This opportunity may also be viable in Killarney".

He claimed that permission would have to be sought from the church authirities before this could be done.

The landmark cathedral was designed by Augustus Welby Pugin in the mid-nineteenth century and constructed in the neo-gothic style with the tower and spire reaching up to 86 metres.