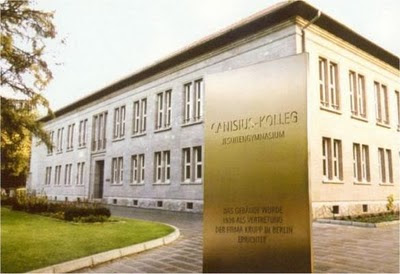 Deepening the sexual abuse crisis in the Roman Catholic Church in Germany, a special investigator released a report on Thursday saying that 205 former students claimed they had been abused in Jesuit schools, including at the prestigious Canisius-Kolleg in Berlin.

The investigator, Ursula Raue, said the actual number could be higher. “We cannot expect to have heard everything yet,” she said.

“The question must be asked why the order dealt so dismissively with the well-based information about frequent incidents of sexual abuse in its institutions.”

“I ask for forgiveness,” he said, adding that there was a “widespread mentality in the order, and perhaps still is, that the primary concern was the reputation of the institution and its fellow brothers.”

The report is the latest blow to a church weathering its most serious crisis over sexual abuse, here in Germany and around the world.

Pope Benedict XVI, who has faced accusations that he or his subordinates did not take strong enough actions in several cases in Germany and elsewhere, has acknowledged the depth of the problem, this month calling the crisis “truly terrifying.”

The Jesuit order in Germany had asked Ms. Raue to look into allegations of sexual abuse after 25 students came forward alleging abuse at Canisius.

Her report was unsparing in its details. She said 46 Jesuits and nonclerical staff members at the schools had been accused of abuse or of knowing of such crimes without acting.

A priest identified only as Father Eckhart, no longer alive, who was at Canisius-Kolleg, “liked very much to beat” the children.

Another priest, called Father Michel, also at that school, was “a sadist who enjoyed and often beat the naked bottoms of the children.”

At three schools, a priest called Father Bertram beat 50 students in a “sadistic sexual” way on their bare or clothed buttocks in the 1970s and 1980s.

According to the investigation, Father Bertram underwent years of therapy. Before leaving the order, he confessed in 1991 to having suffered emotional problems that led him to beat children.

“From 1957 to 1990, I beat several hundred children and adolescents of both sexes on their exposed buttocks, in nearly painless symbolic acts of punishment,” he wrote in a report in 1991.

Given that such priests had confessed or acknowledged abuse, Ms. Raue asked why the Jesuit leadership did not take action earlier.